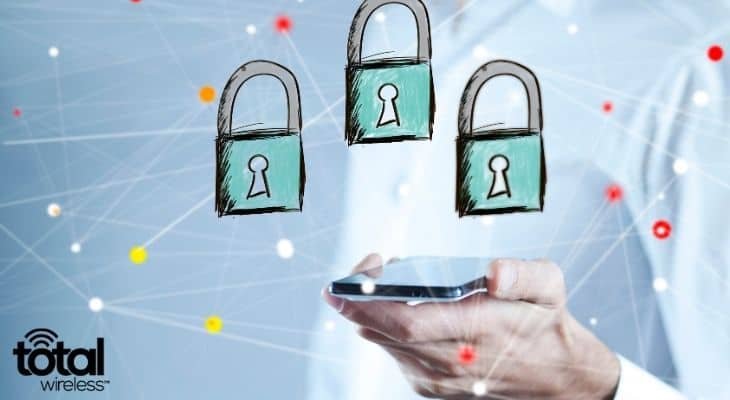 You might be asking: are Total Wireless phones unlocked? If you are looking for a phone that is much more affordable than the market price, getting one bundled with a subscription from your service provider can be one way to do it.

However, it may not be as easy as you think it would be.

So, to answer your question: yes and no. Most Total Wireless phones come locked to their service, although it can be unlocked after a certain period.

Some plans, however, offer an unlocked phone that you can use for any other carrier, too.

READ ALSO :  What Does SIM Only Mean & Should you Get One?

While it may sound as simple as just doing “something” on your phone, unlocking a phone that is tied to a specific provider can prove to be trickier than you could have imagined.

You can go straight to your provider, but there are conditions that you have to meet first.

How to Know when a Phone is Locked or Unlocked?

If you own a phone that had a previous owner, and you are not sure if it’s locked or not, there is an easy way to check it.

Simply swap a working SIM card on your phone and if a call or SMS goes through using the different SIM, it means that your phone is unlocked.

If you cannot use any of the network’s services, then your phone is locked to one provider only.

Under the Terms and Conditions of Total Wireless, there are certain ways that you can unlock your phone legally through them.

This means that you will have it unlocked free from any obligations, and you can be sure that it will be accepted in all other carriers, too.

Here are some ways you can unlock your Total Wireless Phone through your carrier.

For Customers with Total Wireless Phones capable of being Unlocked

Your provider will give you an unlock code that you can use to unlock your phone manually, as long as you meet the following conditions:

READ ALSO :  How to Stream From iPhone to TV Without WiFi - Easy Steps!

However, the terms of Total Wireless also indicate that in the case that a military personnel is requesting for the unlocking, submission of deployment papers is enough to have the device unlocked.

For Customers with Total Wireless phones Not Capable of being Unlocked

If your device is not unlockable, you can still request from your provider to have it unlocked, but you have to make sure that you meet certain conditions, too.

Aside from all the conditions mentioned above, here are additional requirements before you can have your device unlocked.

1. You must make the request to unlock your device while your Total Wireless subscription is still active, or at least until after 60 days after your service got disconnected.

READ ALSO :  Why is My Boost Mobile Data Not Working?

This means that not all devices are eligible for unlocking.

3. Your phone should be in working condition and has no software or hardware damages.

4. You can only make this request once every 12 months.

Can you Trade-in your Phone instead of Unlocking?

If you are a previous subscriber of Total Wireless and are looking to get a new phone from another provider, you may be wondering if you can trade-in your old locked phone.

This is a case-to-case basis. Some providers allow trade-ins and may even offer a good trade-in value for your phone.

However, due to your device being locked, some may not even accept it for a trade-in. Some may even lowball you and give your locked phone a lower value.

If you ever asked the question, are Total Wireless phones unlocked when they are purchased, you may have considered, at some point, the possibility of you using that phone for other carriers.

That is only natural, as people do tend to change careers from time to time.

This is why Total Wireless also has what they call the Bring Your Own Phone or the BYOP program.

This program will allow incoming subscribers to bring in an old unlocked phone.

READ ALSO :  Can You Use WiFi On A Deactivated Phone? Quick Guide

After purchasing a SIM kit, you would need to use it on your phone and then activate it.

After that, your phone is now working with Total Wireless and it will be automatically locked as well.

Can you have your Total Wireless phone unlocked by a Third party?

Yes, you can. There are a lot of programs, hacks, and codes that can bypass a phone lock that a provider puts on a mobile device.

However, there is a catch.

In the United States, some providers have a measure that does not allow their service to work on an illegally unlocked device.

This means that you could only use a device locked by them, factory unlocked, or those unlocked by the previous carrier.

In some Asian countries, unlocking your phone even through a third-party is not a big deal as most providers usually do not care how you unlocked your phone.

One more thing you must consider is if you are already free from what is usually called a “holding period,”.

This is a period in your subscription wherein you may not use your phone for any other purposes than that of the service provider’s.

Even you may not switch unless you pay a certain amount.

So, the next time you ask, are Total Wireless phones unlocked, you know the answer.

While there are ways to unlock your phone using a third party hack or bypass, it is not recommended, as it may render your device unusable even in some other carriers.

Also, since because it technically violates the terms and conditions of Total Wireless, unlocking it via a third party is not something you might want to do.

Rather, if you really want to unlock your phone, contact your service provider for official help.

Read Next: Learn how to read SIM card on another device.

Keen writer & love to explore the New in Technology. Always ready to share news and events related to Tech and Internet world. He’s been featured on Xtrium, Startup TV, State of Digital Publishing and Growmap. He has more than 8 years of Tech Journalism.