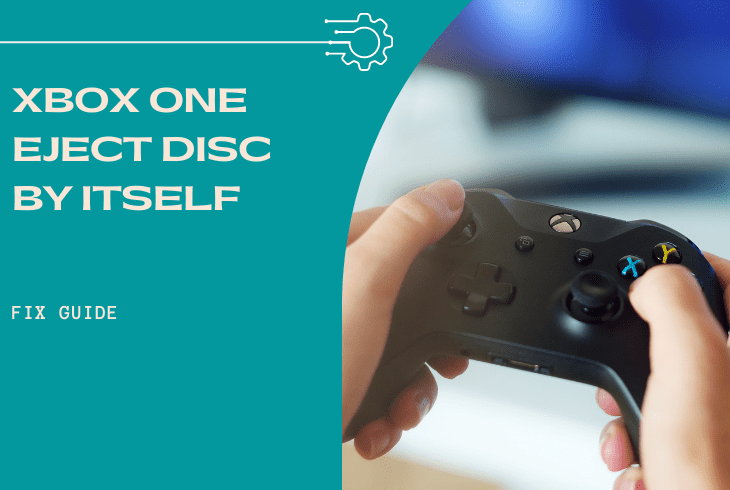 Whenever you start to experience your Xbox One eject disc by itself, you know you’re dealing with a serious issue.

If your Xbox console randomly ejects discs on its own, we’ll tell you right now. It’s not ghosts. Having this problem is surely going to disrupt your gaming experience.

Don’t panic since we’ve got you covered. We know exactly what you need to do to resolve this annoying problem.

To fix your Xbox One ejecting game discs by itself, you will need to perform a hard refresh. It’s a restart, but you will need to disconnect your Xbox from the power source and internet. The next thing you want to do is clean the touch sensor, as it’s a sensitive piece of equipment that can trigger even with just dirt.

Now that you have a good idea of the initial steps, we’re going to take let’s first look at the causes of this particular issue.

Why Does My Xbox One Eject Disc By Itself

If your Xbox continues to eject your game disc by itself at random times, we need to look at both hardware and software.

Now, that may seem complicated, but it’s a simple error to resolve.

Let’s look at the Xbox system software, touch sensor, and disc driver to see how these affect your console.

The touch sensor is one of the hardware in charge of ejecting your game disc. If it’s dirty or defective, it can cause your console to eject the disk by itself.

Outdated system software for your Xbox can cause this problem. Incompatibilities can affect your hardware, especially the disc drivers and sensors.

Certain hardware can fail and cause your Xbox to eject the disc automatically without any command on your end.

As with other devices that come with software, your Xbox can experience minor inconsistencies and affects its performance.

These are some of the problems that can impact your Xbox game console and cause this ejecting issue.

We can now move forward to the troubleshooting steps so that you have a better understanding of the problem.

How to Fix Xbox One Eject Disc By Itself

Your Xbox should not eject your game disc by itself, especially if you’re playing.

If this happens to you as a one-time thing, it’s likely a software issue that your recent shutdown has resolved.

However, if it occurs consistently, it’s time to do a deep dive.

The first thing you need to do is restart your Xbox, as this can save you a lot of time if it gets resolved.

In the instance that a restart does not help, it’s time to proceed to the next step:

Power cycling your Xbox does not simply mean pulling it from the cord. Since your Xbox connects to the internet wirelessly, we’re also going to disconnect it, so it restarts fresh.

Many issues with your console are easily resolved by performing a power cycle. A reboot may not be enough, but this should do the trick.

Here’s how to perform a hard power cycle with your Xbox:

Doing anything to your console can disrupt it and prevent it from fixing the issue.

If a complete restart does not resolve the issue, you might want to look at the hardware. The first component you want to check out is the touch sensor.

It does not mean that the sensor is faulty or malfunctioning. However, it’s such a sensitive piece of equipment that even some dirt and a few smudges can activate it.

The best course of action here would be to clean it and wipe it down. Although, it’s not as simple as getting a piece of rag and rubbing the touch sensor.

Here’s the right way to clean the touch sensor on your Xbox:

If you’re dealing with a nasty smudge, you can use 70% isopropyl alcohol. Also, remember not to exert more force than necessary as this can damage the sensor.

Apart from the touch sensor, other components are affected when your Xbox keeps on ejecting your disc.

In particular, a part that we have to take a closer look at is the disc driver. These are the motors that pull in and eject your disc. Now you’ll see why a malfunctioning drive can cause this issue.

Here’s how to check for other disc hardware malfunctions:

Your best course of action would be to call Microsoft support to ask for technical help.

Another troubleshooting step that has seen a lot of success with this issue is to clear up your Xbox’s Persistent Storage. It’s essentially like deleting your app cache on your phone.

Games and apps on your console constantly save a few bits of data in storage to help them function. That’s on top of save files and game updates.

If you’re still having issues with your disc ejecting at random times, here are steps to clean your console’s persistent storage:

Finally, if your Xbox is still ejecting the disc by itself, you can update your Xbox. You can consider it a last resort fix, but it’s an effective way to correct various errors with your system.

However, you may have inadvertently turned it off some time ago since it does take some time for your console to download and install the updates.

Here’s how to update your Xbox to the latest version:

If you have missed a Mandatory type, you need to download and install it as soon as possible.

It’s an important update that your system needs to work properly. It could be the update that can fix your disc drive and touch sensor.

Alternatively, you can also perform a factory reset to revert your console’s settings. You can consider this the nuclear option if nothing seems to be working from the troubleshooting steps above.

Read Next: Xbox App Something Went Wrong? Here’s How to Fix It!

The most successful troubleshooting step when your Xbox One is ejecting the disc by itself is to clear the Persistent Storage. Doing this will allow your console to save additional data to fix any software issues. Updating your Xbox is also an effective way to resolve this problem.

You should have resolved your Xbox One eject disc by itself problem by itself. You have found the right troubleshooting step to clear all your worries regarding your game console.

However, if you’re still experiencing it, you have a much deeper issue.

Consider contacting support for more technical help. You will also want to look at getting your disc drive repaired or replaced by Microsoft.