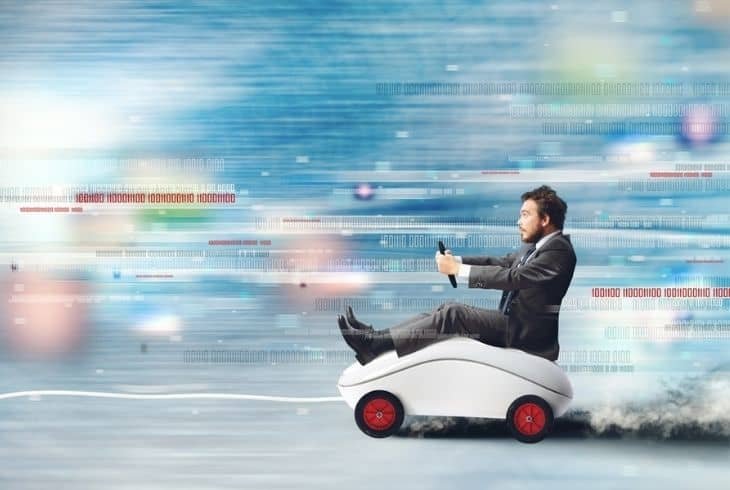 Perhaps you’ve once asked, why does my WiFi speed fluctuate so much? Why does the speed keep on changing even if I don’t change any settings on my modem or router?

Don’t beat yourself up too much on why it’s happening, and you’re lucky!

In this guide, we’ll not just lay out the reasons why your WiFi performance fluctuates, but we will also walk you through the things you can do to stabilize it.

The reason why your WiFi speed fluctuates more than it should isn’t just caused by a single reason. And, there are various ways on how you can fix it, which involve relocating your modem/router, updating the firmware of your hardware, and heightening the security of your device.

Solving this problem doesn’t just involve a one-step process and it’s because it can be caused by multiple reasons or culprits.

So, to understand it better, let us first try to gather the usual suspects of why this happens.

Reasons Why My WiFi Signal Strength is Fluctuating

A lot of people are left unaware that wireless connections, no matter how good a router or a gateway is, would really fluctuate.

This transpires especially when the distance of the network hardware is far from the devices that are used around the vicinity.

But, here’s a list to name some of the most customary reasons why your WiFi speed and strength shift:

Could Fluctuations be Caused by an Outage?

Yes, as far as providers are concerned, outages, system updates, and maintenance services could also be the reason why your speed changes fluctuate.

But, a lot of experts dismiss this idea since most of the time, a system outage would completely block the internet out.

Now that we know the common occasions that lead to it, what steps can we do to fix it?

What courses of action can we take to resolve it – or, better yet, prevent it from happening again in the future?

Why Does My WiFi Speed Fluctuate So Much? How to Fix?

Just like you, many people reckon that this occurrence is mainly due to the network being faulty or being under maintenance.

However, as we mentioned above, there are far more reasons as to why this happens and because of that, approaching this dilemma comprehensively is a better and more reliable path to take.

First and foremost, check the location of your modem/router. If it’s positioned where it wouldn’t be able to accommodate the entire house, then you would really experience fluctuations.

Make sure that it covers the devices being used around the house. If you have a second floor, the best location is to position it at the base of the 2nd floor or a few inches above the ceiling of the first (1st).

READ ALSO :  What Is A Good Ping Speed & How to Lower Ping

After you’re done relocating or moving your modem/gateway or router, the next thing you want to do is to update the software or the firmware of your modem.

Here’s the process of how you can do this:

Once you’re done updating the firmware/software version, exit the admin page and reboot the modem/router.

Step #3: Modify the Security of Your Hardware

One of the commonly missed factors people consider is the fact that the security key of their hardware isn’t secure enough.

So, consider changing the password to your network (WPA2 key). If you don’t have a password, it can be considered as public WiFi, which is all the more dangerous.

Automatic connections, especially those that you’re not aware of can cause the bandwidth to be shared. This can lead to fluctuation or even worse – slowing of the WiFi speed.

Before, most modems and routers were only equipped with one band (2.4 GHz), which is optimum for longer-range connections.

READ ALSO :  How often Should you Replace your Modem

Today, most, if not all gateways and routers are equipped with a 5 GHz band. 5 GHz is a frequency band known to offer better performance and faster internet speeds.

Its range is reduced compared to the 2.4 GHz band, but you can rely on it performance-wise. To change and switch to 5 GHz:

NOTE: Not all routers and gateways support this, so try to check if yours supports it.

People don’t usually consider this, but your hardware could be the primary reason why your speeds fluctuate.

We like to think that our routers don’t get worn out because they aren’t physically used. But, as technology advances, so should our routers and gateways, too.

Consider changing or replacing your hardware and get newer and more modern units. They wouldn’t just have multiple band frequencies, some of them may be able to offer a ton of other features, too!

When you successfully accomplish these steps, you can expect the fluctuation of your internet speed to lessen or even come to a halt.

My WiFi Speed Still Fluctuates, What Should I Do?

If ever you still find yourself stuck in the situation after doing all the steps we outlined above, speak to your provider about it.

The issue could already be with your internet speed. You might not notice it, but your consumption could have increased unknowingly.

Should you find your speed sufficient, then the problem could be with the hardware (modem or router) and you might need to do an upgrade of it already. Speak to your internet service provider (ISP) and ask for their opinion regarding this matter.

They’re the experts, so you can count on them and their suggestions.

In case your WiFi speed fluctuates so much, move or relocate your modem/router, update your hardware’s firmware, and switch up the band you’re using. It’s also advisable to check the current speed you have with your provider and to update your hardware.

READ ALSO :  Is it Bad to Turn Off Your Modem Every Night? (Top Facts!)

Read Next: Is it Safe to Sleep Near a Wireless Router?

Akin to your concern, a lot of people often ask the question: why does my WiFi speed fluctuate so much? If you’re worried that you’re being ripped off, do not!

The culprit is usually within the controlled variable and with this guide, you have the chance to go around it!

Unlike other guides you’ll see online, our guide is easy to understand that even people who aren’t tech-savvy can do!