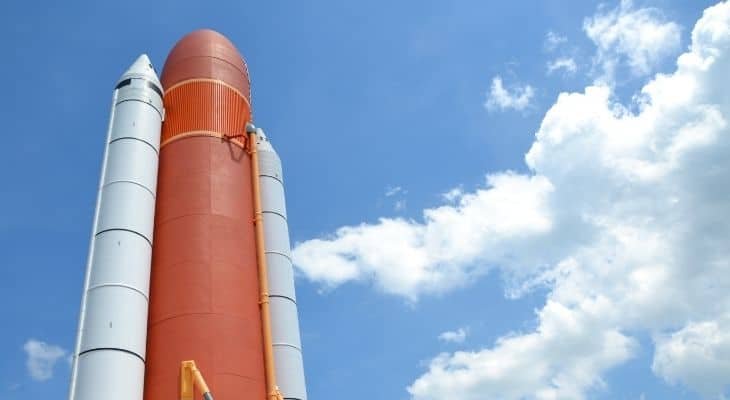 Many of us want to unravel the truth behind how fast is NASA internet and also its WiFi. Due to circulating rumors about it being lightning-fast, what’s the real deal?

How fast is NASA’s internet really?

To help all of you who are curious about the space administration’s internet speed, we dug deep and found the most reliable sources.

In this guide, you’ll not only be able to answer the question of how fast NASA WiFi is, but you’ll also learn why they need it, and what they use it for.

NASA Internet Speed is about 13,000 times faster than what the current speed you have is, and it’s nearly impossible for you to have it anytime within the near future.

If internet connections are supplied by fiber-optic wires and cables, what makes their internet fast?

Moreover, why do they need this type of speed?

Most people think that when NASA’s internet speed is discussed, it’s automatically the space station.

When, in fact, the internet speed in question is with NASA’s headquarters in Washington D.C.

Their internet speed, though, is not the one we’re used to knowing and distinguishing. That brings us to our next question, which is…

How Fast is NASA Internet?

If ever you find yourself asking how fast is NASA WiFi, you’re not alone. The speed is at a staggering rate of 91 gigabits per second.

This information was according to a research paper of NASA’s experiment in line with the speed of their internet connection.

Now, this isn’t the gigabytes or the Gb/s we’re all accustomed to seeing. A gigabyte (which we’re all familiar with) is simply one thousand megabytes (Mb/s), and a billion bytes (b).

Gigabits, on the other hand, are far from what these bytes are.

For us to further understand, let us break it down to its simplest form – a bit and a byte.

A byte is typically 8 bits, and it’s common for people to misunderstand the two (2). Mr. Werner Buccholz, a computer scientist, is the one responsible for the coining of the term “byte.”

He was able to coin this during the IBM stretch computer construction in the year 1956.

READ ALSO :  Why Does My WiFi Speed Fluctuate So Much? Complete Solutions

The reason for this is that for people not to misunderstand the terms “bit” and “byte.”

A bit, on the opposite end of the rope, is considered to be the simplest unit in computing.

It’s like the building blocks of computation and telecommunication – and is a short-term for a binary unit.

Contrary to what most of us believe in, NASA isn’t subscribed to AT&T or any other type of service provider.

ESnet is a collection of cross-country pipes that could transmit and transfer data that can be as fast as 91 gigabits per second – that’s where everyone knew found out about this.

The shadow net is bound by a lot of securities and firewalls.

Why Does NASA Need a Fast Internet Speed?

Do people at NASA need it to watch high-definition and high-quality videos like you?

Or do they need it so that their games and their frames won’t lag even if other people are consuming bandwidth?

READ ALSO :  How often Should you Replace your Modem

The real actual reason why NASA needs their internet to be at blazing speed is not because of frames per second or FPS, neither do they need it because of buffering or streaming – but because of efficiency.

This internet speed is crucial for them to be able to carry out all the important tasks they need to do.

NASA’s projects aren’t like the projects we have at work. Theirs would actually be more crucial and more important because the future will depend on what they find out.

In addition to that, they deal with ultra-classified, high-priority, and highly confidential data and information.

Their connection needs to be secure and they’d need it in order to properly handle and manage the data they’ve been held responsible for.

Since they use their own type of “network,” it wouldn’t be enough for all employees. From all across the world, they have more than 17,000 employees!

Having regular office speeds wouldn’t be enough; they need something more.

Imagine NASA’s field centers’ responses being delayed just because of an intermittent connection.

They Need It for Cross-Country Communication and Research

You might not know this, but NASA’s headquarters isn’t just one (1). There are, in fact, ten (10) different offices and facilities that are around the country – they’re called “field centers.”

Across ten (10) different facilities in the country and around the world, communication is vital.

Therefore, they need this internet speed in order for data not to be delayed; in order for them to be able to respond to all the queries needed, and the like.

These are just some of the many reasons why NASA’s internet is so fast.

No, they don’t use it for streaming movies and shows like how we need it to.

They also don’t use it for downloading torrents, instead, for people working there, this speed is average – even slow to say the least because of the amount of responsibility and activities they do.

READ ALSO :  Does My Motherboard Have WiFi? Know How to Check

Hopefully, we’ve cleared your question of how fast is NASA internet in this guide here!

You don’t have to worry or think about it ever again – all the answers to your questions are here!

Read Next: Why is my WiFi bad suddenly?