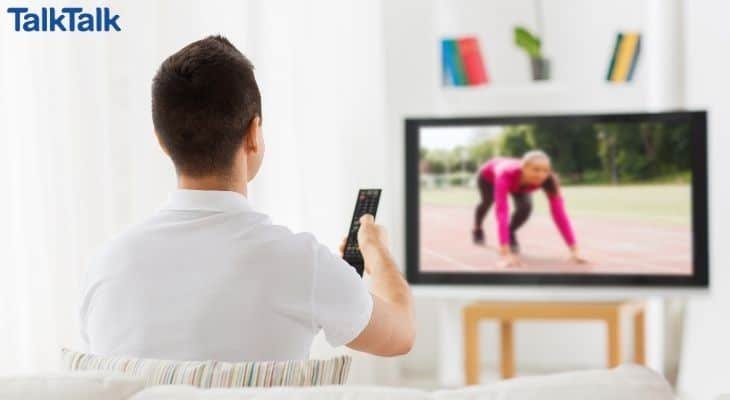 A lot of TalkTalk users and subscribers did not know that they have Sky Sports with their provider!

Even for subscribers who are looking to switch over, they doubt that the service can help them get Sky Sports!

In this guide, we’ll give you the best tips on how to get Sky Sports on TalkTalk TV so you and your mates can hang out and chill while you guys are in your flat!

Why Get Sky Sports on TalkTalk TV?

So, you want to watch the next best football game on your 50-inch television, but you don’t have ways on how you can do so.

READ ALSO :  How Do I Reset My Talktalk Youview Box

You can always stream and watch online, but since that’s a stream, there’s a high chance that the stream would be low quality.

Another thing you might want to consider is the fact that you’ll have to watch a specific game if you are to stream; people will be able to record and post it online, but you wouldn’t be able to watch the entire game!

In this regard, what do you do?

If you are a subscriber, don’t fret! We’ll help you be subscribed to the sports channel you’re looking to get!

In getting Sky Sports, you’ll gain access to more or less ten (10) Sky Sports channels. These channels are available in both Standard Definition (SD) and High Definition (HD).

READ ALSO :  How to Fix TalkTalk No Internet Issue?

Some of these include:

So, what are the ways to get it from your provider?

Get Sky Sports on TalkTalk via YouView

One of the ways on how you can get the program on TalkTalk TV is via YouView.

Subscribing with some TalkTalk TV packages would give you a free YouView TV box. YouView contains Sky Sports, and that immediately solves your problem!

YouView, in case you’re not aware, is in partnership with some of the country’s most prominent television networks, providers, and platforms.

Therefore, you’ll never have troubles accessing Sky Sports if you have TalkTalk!

Which TV Box Has Sky Sports?

You’re not just limited to one kind of box if you plan on being a subscriber! There are options!

As a matter of fact, you can choose between the TalkTalk TV box and the TalkTalk TV Plus Box. The former is the standard, while the Plus Box has advanced and more features.

The regular TalkTalk TV Box is the usual box you can purchase to access the channels and the programs offered by the company.

With this compact technology, you’ll be able to watch shows and channels in both SD and HD. Moreover, you will also be able to pause and rewind live television shows for up to half an hour (30 minutes).

On the other hand, the TV Plus Box doesn’t fall far from the device of the regular box. The only difference is that it has a 300GB hard drive, which allows you to record and save loads of programs and shows!

In addition to that, it also offers up to two (2) hours of live television pausing and rewinding. You also get a power adapter, a remote control, an HDMI, aerial cables, and more!

YouView isn’t your only option to be able to get Sky Sports on TalkTalk TV.

In fact, Sky Sports is available as one of the programs of the package because currently, there are offers for Sky Sports if you subscribe.

If you go with this offer, you can get a total of eight (8) Sky Channels! You’ll now be able to watch all the sports you’ve always been looking for!

How Much is Sky Sports on TalkTalk?

Do you have an idea how much you can get Sky Sports?

For the option of YouView, you’ll never have a problem because it’s going to be included in the plan. When you purchase the standard TalkTalk TV box, you will also be able to get the inclusion of Sky Sports on it!

Then, the question now is how much is their standard box?

For a price of £26.50, you’ll be able to get the TalkTalk TV + Fast Broadband! This will include the YouView box as a part of their program!

But, for an additional £7, you can get the Sky News HQ as an extra channel for TV Select!

Apart from the regular TalkTalk program, you also have other programs and features available!

You will be able to get many programs and content!

How to Get Sky Sports on TalkTalk TV?

Now that you know how much it will cost you, how do you have it set up on your telly?

First things first, are you sure you’ll be able to maximize both TalkTalk TV and its other features on your TV?

Does it have the necessary features to accommodate the programs and the offers so that they wouldn’t just go to waste?

You will also have a view of the different plans and packages they’re offering.

From there, you can make the selection.

After so, what you need to do is contact the team and tell them that you want a bundle or program set up on your home.

You can choose to buzz them up via an email or the telly and you’ll be good to go!

Regardless of who your service provider is, you wouldn’t have any problems in accessing any of the channels of Sky Sports!

Whether you’re looking to watch the ATP World Tour, Formula One (1) Races, PGA Tour, World Rugby Sevens – even Cricket games and the WWE, you can watch it!

Subscribing to the service will also give you access to the TalkTalk TV application.

Back in February of 2020, YouView announced that they’re dismantling their standalone mobile apps in place of developing apps with the companies and businesses they’re in partners with.

Since March 2020, the TV Planner app has been suspended. But, it still did not stop users from utilizing it to re-watch their favorite shows and movies!

I’m Not Able to Get Sky Sports, What Should I Do?

TalkTalk’s customer support team/department is outstanding. You will never have any problems when it comes to communicating your inquiries and your concerns with them.

So, if you are experiencing troubles with your subscription, never hesitate to contact them! You’ll find all the answers to your questions about getting Sky Sports.

Now, you wouldn’t be left hanging with how you can get Sky Sports on TalkTalk TV! This guide is everything you need to get the knowledge and the information about it!

Read Next: Learn how to reboot or reset your Youview Box in Easy Steps!