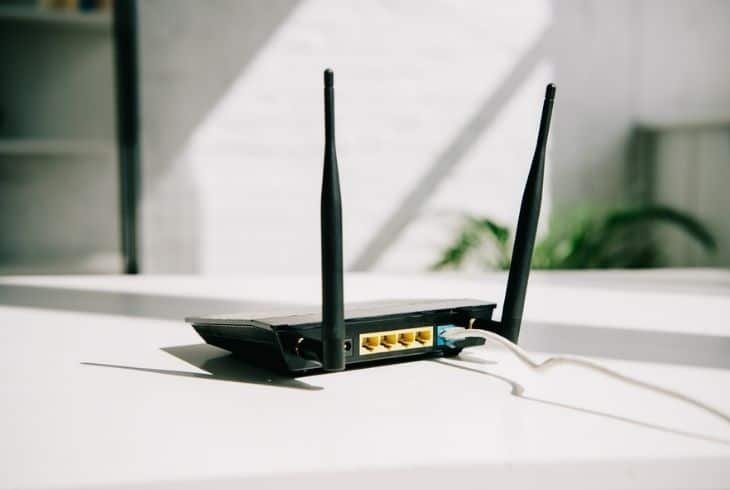 Fortunately, all of these factors can be easily analyzed, and by using the solutions mentioned below, quickly troubleshoot connection speeds.

Potential Causes of why a Linksys Router Slowing Down Internet Speeds

The following outlines the most likely causes of why your modem seems faster than your router:

Linksys Router Not Getting Full Speed

I would also like to mention that your Linksys router may not be the bottleneck at all.

READ ALSO :  How to Connect Linksys Router to WiFi in Easy Steps

The Linksys router may be performing optimally. Even though your connection speed is less than the maximum supplied by your ISP, the router may not necessarily be the bottleneck.

This is a typical misconception on home networks with a lot of users who share limited ISP bandwidth.

For instance, each user’s bandwidth may only be a fraction of the total ISP bandwidth, but the router hasn’t reached its maximum capacity for throughput.

So, without further ado, let’s more closely analyzed the steps you can take to identify the root cause of why your Linksys router is acting as a bottleneck in your network:

Your Linksys router may just be too old. An old router may have two things that make it slower than the modem: slow Wi-Fi standards and slow Ethernet ports.

READ ALSO :  Why is My Linksys Router Blinking Orange? Reasons and Solutions

Unfortunately, the Linksys router itself may be acting as the bottleneck. If the Linksys router’s wireless throughput, LAN ports, and WAN port are slower than the ISP connection, you won’t see any performance increases.

For example, consider a user with an old Wireless-G router (802.11G), which has a theoretical maximum transmission rate of 54 Mbps.

This hypothetical user also has an ISP connection of 100 Mbps. In this scenario, the wireless end-user device will never be able to surpass the 54 Mbps threshold imposed by the wireless router.

To ensure your router isn’t a chokepoint due to low bandwidth, remember the following:

READ ALSO :  Can I Use my Own Modem with Spectrum? Quick Guide

Note: Be aware that 802.11AC wireless technology has a theoretical maximum throughput of 866.7 Mbps.

Some users understand that they need to upgrade their wireless router to accommodate the faster speeds of their upgraded ISP connection. But only upgrading your router and ISP connection could mean the Linksys router is at fault.

You see, the overwhelming majority of wireless routers are backward-compatible with older wireless technologies (wireless A, B, G, and N).

If your computer or laptop is fairly old, it may have a wireless-G or a wireless-N network card installed.

Here’s how to check your wireless card on Windows 10:

Solution #3: Device Is Too Far Away From The Router

Essentially, teams of electrical engineers worked in a lab and were able to push the envelop far enough to achieve these speeds; but these aren’t real-life scenarios.

READ ALSO :  How To Reset Linksys Velop In Minutes?

In real life, the wireless signal will encounter obstacles and other factors that cause signal degradation and attenuation.

Furthermore, the strength of the signal between the wireless device and the wireless router is directly impacted by distance. The farther away the device is from the router, the slower and weaker the signal.

Take wireless-G for example. Its theoretical maximum speed is 54 Mbps. However, at the farthest distance in which it can still establish a connection, the maximum speed drops to 6 Mbps.

Note: If your speed test next to the wireless router is equivalent to your ISP bandwidth, you need to reposition your desktop, laptop, or smartphone closer to the router.

Most of the Linksys models (with the exception of the bare-bones entry level models) have a feature called QoS (Quality of Service). What this feature does is partition bandwidth based on a variety of factors.

You can give one device’s Internet traffic higher priority than all the others, give streaming video precedent over other types of traffic, or set bandwidth caps per user or per subnet.

The default configuration typically doesn’t have QoS configured, but whoever set up your router may have enabled it.

A QoS policy that is limiting your bandwidth is sometimes referred to as bandwidth throttling. However, multiple types of QoS policies could be affecting the speed of your device specifically or only certain types of traffic.

Use the following steps to see if a QoS policy is enabled:

First of all, obstructions and metal may dampen and weaken the signal. Metal ductwork, filing cabinets, concrete reinforced with rebar, doors, and other solid objects can drastically slow down a wireless signal.

READ ALSO :  How To Reset Linksys Velop In Minutes?

In addition, note that the Linksys router may be experiencing interference. There are many common household items that operate in the same radio frequency range as wireless routers.

Read Next: How to Fix Linksys Router No Internet Connection?

With these factors and steps in mind, you should be well-equipped to troubleshoot the speed of your wireless router and discover why the Linksys router speed slower than modem.

I would advise, however, that you start by analyzing the wired and wireless speed of your router, the wireless speed of connected devices, and the distance of wireless devices from the router because these are the most common causes.