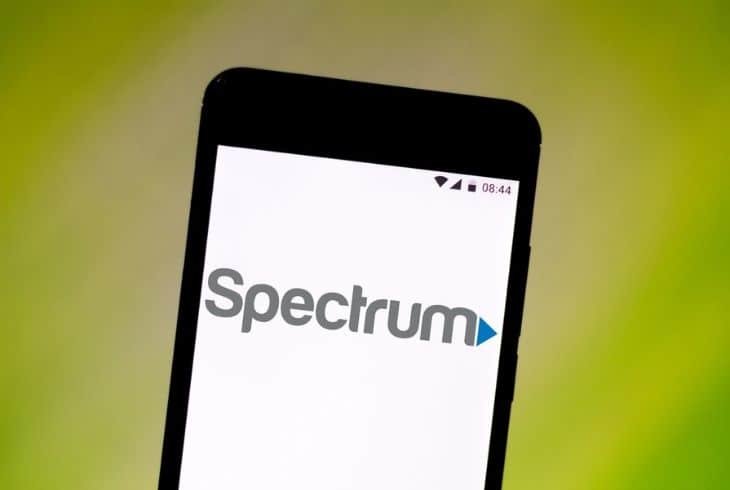 Mobile carriers often want to know “Is Spectrum Mobile as good as Verizon?” Both service providers offer 5G coverage (dependent on your region).

However, their pricing models are different and some pricing options are better for single payers versus account holders with many subscriber lines.

Coverage ranges are also an important consideration. If your signal is weak in your local area, you can purchase a wireless network range extender.

Naturally, you can also purchase network extenders to increase the strength of your Spectrum signal.

Also, be aware that Spectrum routes its data through Verizon’s shared network. Chances are, in most regions, if you can access Spectrum coverage, your mobile device can also acquire a Verizon signal.

READ ALSO :  How to Get Out of Verizon Device Payment Plan? Quick Guide

Regarding the availability of Spectrum Mobile and Verizon Wireless’s service in different countries, they’re very comparable.

Each service operates in roughly 200 countries, which continually changes as Verizon expands its network.

When placing calls and texts within the United States, Spectrum doesn’t charge extra fees. However, traveling to another country causes international roaming fees.

For instance, Spectrum charges $0.02 (USD) per text when you’re traveling abroad (rates may vary per country.

Verizon, however, has a different payment model. For international coverage, you need the TravelPass plan, which is pricier than Spectrum Mobile’s plans.

Note: That said, note that Verizon will only charge the additional fee for each day you use your phone.

So, if your phone is lost, you won’t incur additional charges. But for the typical smartphone user, the extra charges can add up quickly.

Also, note that the TravelPass charges are applied to each line on your account.

Is Spectrum Mobile as Good as Verizon Regarding Mobile Coverage?

The answer to the question “Is Spectrum Mobile coverage as good as Verizon?” is no.

Verizon Wireless has a larger coverage area than Spectrum because Verizon doesn’t sell all of its cell tower connections to Spectrum Mobile.

Believe it or not, Spectrum doesn’t own or operate its own mobile towers. Instead, Spectrum has partnered with Verizon to use its cell towers for a fee.

If you are a Spectrum customer, your data (call, text, apps, etc.) are still routed through a Verizon cell tower and then through the Verizon network.

Because Spectrum uses Verizon’s network, Spectrum customers have the same data rates as Verizon users with a strong connection (unless data limits apply to your plan).

Note: Using a wireless network extender doesn’t change the data rates of your plan; rather, it only increases mobile signal strength.

However, a network extender can boost the signal enough for faster data transfers.

On the whole, Spectrum is more inexpensive than Verizon plans. With Spectrum, unlimited data plans start at $29.99 (USD) per two lines per month.

Unlimited data plans with Verizon start at a much higher rate.

For instance, the starting price of an unlimited data plan with Verizon is $70 (USD). But that price only applies to a single line. Both plans allow unlimited talk, text, and data.

However, Verizon offers more inexpensive rates when you add more lines to your plan.

An unlimited plan with Verizon for two lines is $60 (USD) per line per month, which is double the cost of Spectrum.

Cost Savings and Economies of Scale with Verizon

However, Verizon does offer a pricing advantage. The more lines you add to your plan, the more money you save per line, making the cost per line cheaper.

READ ALSO :  How to Read Text Messages Online on Verizon?

If you were to add five or more lines to your plan, the per-device cost drops down to $30 (USD).

If you don’t have massive data needs for your smartphone, Spectrum offers a more flexible payment system.

The rate per gigabyte isn’t tied to a single device. Instead, you can share it with all of the devices on your account (up to 10 devices).

READ ALSO :  How to Enable Personal Hotspot Verizon On any Mobile?

The per-gigabyte charge is a quarter of the cost of an unlimited Spectrum plan for two devices (per month).

Note: One advantage of the By-The-Gigs plan is that you aren’t forced into an annual contract, and you only pay for the data your account uses.

Verizon Wireless also offers a pay-as-you-go plan, though at a cheaper rate than Spectrum.

This plan does not have overage charges. If you’re traveling to Canada or Mexico and are already using Verizon, you can add on an international value plan.

For an extra $5 (USD) per month, pay-as-you-go account holders can get unlimited calling, which doesn’t eat into the data limit.

READ ALSO :  Does Verizon Work in the Bahamas? Complete Guide

Verizon Wireless also has a Just Kids plan with unlimited data. It costs $25 (USD) per device line per month.

To purchase this plan, you must already have at least one unlimited account.

The best features of this plan include parental control tools. It allows the account holder to track the locations of mobile devices for safety and limits the amount of screen time per mobile line.

Note: Verizon customers can use alternatives for the Just Kids plan.

Third-party apps, many of which are free, allow a mobile user to control screen time and filtering options independently of a mobile carrier.

Read Next: How to Cast Spectrum TV App?

Is Spectrum Mobile as good as Verizon is a nuanced question. It really depends on your needs.

Though they both share the same network and cell tower coverage, their pricing plans vary.

Overall, Verizon is a stronger mobile carrier, though accessing its network costs a premium.

If you only need an inexpensive plan for one or two lines with unlimited data, Spectrum is a more attractive option.

However, if you need a pay-as-you-go plan, Verizon is more attractive due to cheaper rates per gigabyte of data.

Furthermore, Verizon is a better option for account holders who need unlimited data for more than five mobile devices.