Is your Firestick remote volume not working for the past hour? Have you been looking for a guide that would finally put an end to this dilemma that you’re experiencing?

There are countless guides all over the internet, but most of them seem too confusing. That’s why we crafted this comprehensive article for you!

This complete guide will help you fix the problem of the Firestick volume not working on your remote! So, don’t worry about not finding the best guide out there – we got you!

You can easily fix the volume buttons on your Firestick remote by taking the batteries out and reinserting them again; then, power cycle your television. Then, go to Settings > Equipment Control. From Equipment Control, click on Manage Equipment > TV > Change TV. Follow the prompt and restart your devices.

Then, go back to Equipment Control > IR Profile of your television, and that’s it!

Why is the Volume Button Not Working on the Firestick Remote?

READ NEXT
How much Data does Netflix use to Download a Movie?

As a matter of fact, it’s safe to say that people experience it regularly. It’s so common that there are a lot of guides and articles written about it with different analogies and solutions.

But, what’s causing these things to happen in the first place? Why would a Firestick TV remote suddenly get this problem out of nowhere? And does this immediately mean that your remote is broken?

There could be a few reasons why your Firestick’s volume buttons won’t suddenly work, but the most common would be problems with the Infrared or IR frequency.

Since you’re dealing with three (3) different devices, it’s too much work for each of them to be at par with everything.

So, the issue would be with the matching of the infrared (IR) frequencies between the Firestick remote, the television, and the TV controller.

READ NEXT
Youtube TV App Crashing & How to Fix

If they’re mismatched, the TV wouldn’t be able to recognize the Firestick TV controller, causing the remote to malfunction at some commands (volume button, power button, etc.)

Akin to other types of devices, Firestick remote controls need batteries for them to work.

Because we’re so worked up using it, we often forget when we installed the pair of batteries.

And sometimes, we don’t think about the fact that some batteries are of a low quality that they wouldn’t last as long as how we want them to.

So, another possible reason why the volume buttons on your Firestick controller don’t work is because of the batteries.

If you’ve had your Firestick remote for more than five (5) years, or if it has been severely used in the past couple of months, then you’ll notice that the rubbers on the back of each button aren’t as functional as they were when you first bought it.

READ NEXT
Why is My Upload Speed so Slow

The reason is that over time, these rubbers get worn out!

Thus, making it harder for them to be pressed, and in turn, it’ll be difficult to control the television using it.

One good tip to assess if the rubber has already been worn out is if you don’t feel the “clicking” sensation when you press a button on the clicker.

Those three (3) are actually the most customary scenarios on why the Firestick remote volume buttons cease to work.

However, the first one – or the IR frequency mismatch – is the most common.

In fact, you’ll immediately know if the dilemma is with the batteries or with the remote when you do a couple of tests; you can try taking and replacing the batteries out and if it still doesn’t work, you already know it’s with the IR matching.

READ NEXT
How to Fix Firestick Keeps Rebooting Issue

So, without further ado, how do you fix the volume buttons on your Firestick remote?

How to Fix Firestick Remote Volume Not Working

You’re now in the best and the most effective guide in solving the volume buttons not working error on the Firestick TV remote.

Here’s the step-by-step guide on how you can fix your Firestick TV’s faulty functionality.

Step 1: Check the Batteries of Your Remote

Are you 100% positive that the batteries of your Firestick remote control are still working? If so, check them.

There are times when even a battery at its 50% dulls out the functionalities of controllers. So, be sure that you always have spare batteries at home for situations like these.

READ NEXT
How To Factory Reset Firestick in Easy Steps

Step 2: Turn Your TV Off and Turn it Back on Again

The next step is a minor step, but it’s still worth it, and it’s power cycling your television.

For those who are not aware, a power cycle is a simple act of toggling the power of a particular piece of equipment.

So, try turning your television off for about 30 seconds. While it’s turned off, remove the Fire TV stick from the television.

NOTE: Before turning the television back on again, reinsert the Firestick first so when the TV powers back up, the Firestick boots up too.

Once the television is back on again, navigate to Settings and try to find the category that says Equipment Control.

READ NEXT
Youtube TV App Crashing & How to Fix

It’s usually the icon where there’s a television and other devices below it (beside applications and remotes & Bluetooth devices).

Clicking on Equipment Control will open another menu, with Manage Equipment on it.

In this case, you’d want to select TV > Change TV.

This is the step after you’ve clicked on, Change TV; proceed to the guided setup.

Wait until it detects what television brand you have – it’ll ask you if it’s correct. If it’s not correct, select No. Otherwise, press Yes.

NOTE: if it’s incorrect, it’ll take you to a screen where all television brands are listed.

Once you successfully complete it, it’ll give you a prompt telling you that you were able to update your Firestick TV remote!

READ NEXT
How To Factory Reset Firestick in Easy Steps

Step 6: Test Your Buttons Out

When you receive the prompt that the update was successful, the system will ask you to press the [POWER] button of the Fire TV stick controller.

It’s like a test to see if it’s already working. If it works, then good! But that’s the power button, not the volume button.

So, the next step is to go back to Manage Equipment > TV. Now, instead of choosing Change TV, in this step, you would have to select IR Profile.

There are hundreds of television brands and manufacturers in the market; determining which your IR profile is would be difficult.

You could do a test to see which one is compatible by going back to the previous page of the Advanced Setup screen.

READ NEXT
Why is My Upload Speed so Slow

Or, an easier way to do it is:

Now, instead of going to Change TV, you need to select Infrared Options. After selecting that, press the option that says IR Profile > Change IR Profile.

By default, you’ll see that it’s on All Models. Change it to TCL Roku devices, or whatever your IR profile is to make it work.

For the last step, all you have to do is to power cycle everything – both your television and your Fire TV stick.

What this does is it refreshes the devices’ connectivity capabilities. And, as we all know, a simple restart is a huge thing in technology, right?

Fire it back up and test if the volume button is working. If you’ve followed all the steps, it should work perfectly now.

READ NEXT
How much Data does Netflix use to Download a Movie?

For testing, you don’t actually need to watch anything. You can try pressing the volume buttons even while you’re on the menu.

I Followed Everything, But It’s Still Not Working… What Should I Do?

So, you followed all the steps in this guide but you’re still not able to fix the volume buttons on your Fire TV stick controller, does it mean you have a faulty remote already?

That’s one of the most possible things. The next best thing you can do is to contact Amazon and tell them about what you’re experiencing.

They’ll run a couple of specialized troubleshooting steps with you and they’ll see what they can do.

Worse comes to worst, you’ll need a new remote and unfortunately, you would have to pay for it. Unless you’re able to communicate effectively with Amazon, they’ll give you a new remote for free. But, 8 times out of 10, that wouldn’t happen.

If you initially thought you need prior knowledge to be able to do it, think again! The process of how to fix your Firestick remote volume not working is easy, and you can do it by yourself!

READ NEXT
How to Fix Firestick Keeps Rebooting Issue

It wouldn’t take you more than an hour in doing it, even if it’s your first time!

Read Next: Learn how to factory reset your Firestick in easy steps!

A highly motivated Tech writer. She is a front end developer and has a strong background in technology. Being a Computer graduate, she has been featured on many prominent websites including Xtrium. Her way to guide people in troubleshooting tech related issues is immensely commendable. 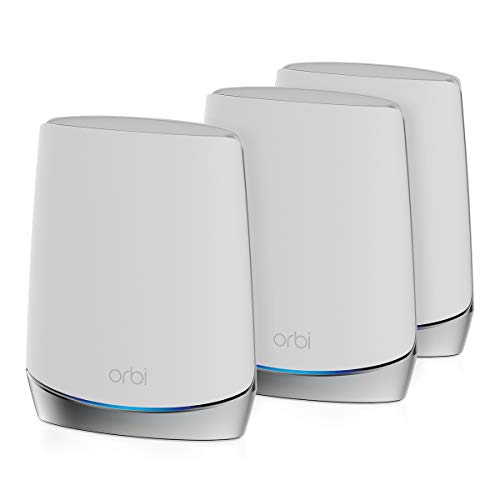