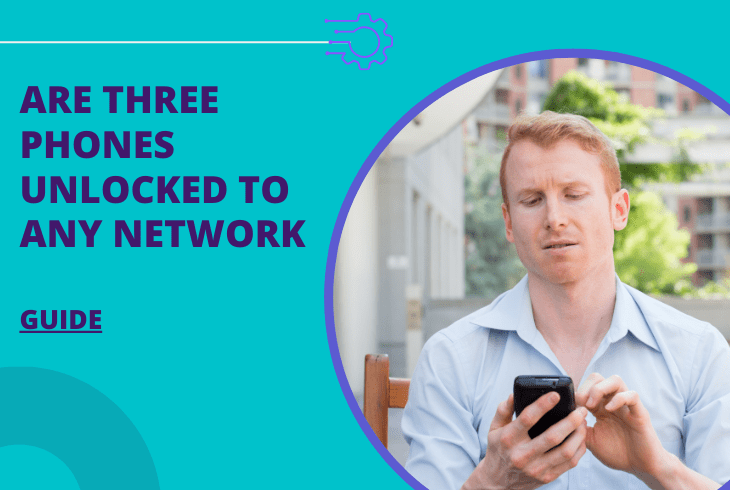 If you are buying a phone from Three, you may be wondering are Three phones unlocked to any network.

Your question is understandable. In the modern phone market, most mobile providers lock their devices. Locking devices gives phone providers ultimate control over the buyer.

Since 2014, Three has maintained that all phone buyers deserve freedom. The freedom they provide comes in terms of unlocked phones.

If you are looking to purchase a new Three device, there are a few factors you must know.

Keep on reading to learn more about Three unlocked devices.

Locked devices are simply mobile phones that can only use one network.

For instance, if you buy a Vodafone phone, chances are that it is locked to the Vodafone network. You can only use a Vodafone SIM on the phone.

When you buy an unlocked phone, you are not tied to the seller.

Even if the phone is sold by Three, you are not mandated to use Three.

Are Unlocked Phones of Good Quality?

The phones that are sold as unlocked are equally as good as those locked.

Remember that none of these phone sellers are manufacturers of the devices.

Mobile providers are middlemen who sell products manufactured by other brands. These phones are from known brands such as Apple and Samsung.

Why Are Three Phones Unlocked To Any Network?

If you are wondering are 3 phones locked to network or unlocked, here are the details. Three phones are all unlocked to all networks.

What are the benefits of having an unlocked phone and is it important? There are several reasons why Three chose to unlock its phones.

Here are the main advantages of unlocking Three phones for all users.

The main reason why Three phones are unlocked is to provide freedom. Three insists on offering its customers freedom of choice.

When a phone is unlocked, the user is not tied to the seller. You can buy a Three phone and use a Vodafone line without trouble.

There Are no Charges for Unlocking

At some point, any person who uses a locked phone will want to unlock it. This is one of the biggest disadvantages of locked devices.

To unlock any device, you must pay an unlocking fee. Different phone providers charge different amounts. The unlocking fees range between £15-£30.

If you buy a Three phone, you will never have to use your money to unlock it. If you decide to switch to a new network provider, you only have to buy a line.

Unlocked Phones Can Be Sold Easily

The Three unlocked phones are good since they are easy to sell. If you get tired of your phone and decide to sell it, it can be bought easily.

Remember that people have different network preferences. When a phone is locked, you can only sell it to those who prefer your network.

Ability To Switch Between Phones

The other important benefit of buying unlocked phones is the ability to switch freely. If you buy a device this year and choose to change it next year, you are welcome.

Things are different when you are tied to a device contract. If the device is locked to a specific line, you will not be able to switch to a new device.

There are many reasons why you may want to switch phones. One of the reasons could be a desire to upgrade.

If you want to upgrade your device, you may sometimes be forced to wait until the contract matures. This is not often true with unlocked devices.

Most importantly, having an unlocked device allows you to switch SIM at any time.

While you might be happy staying with your current network, you may need to change when you travel abroad.

Many people have to pay heavily for roaming abroad.

With an unlocked phone, you can change carriers at any time. When you travel, simply change your SIM and use a local network.

This is the best way to deal with high roaming bills.

What we know is that most providers of locked phones also offer good packages. Among these packages include those that are tied to the phone.

Given that Three does not lock their phone, how do their packages work?

Below are some of the best Three packages.

Three has plenty of packages with some involving phones. The PAY package is one that involves SIM only.

In other words, you only buy the Three SIM card.

With this SIM card, you can operate on Three on any unlocked device.

With this package, you only top up when you need to. You do not have to pay heavy monthly fees.

The other package you can get from Three is the Pay monthly option. With this package, you have access to Three devices.

You can purchase any device you want under the monthly plan. You will not be tied to using your Three SIM in the device either.

How To Unlock Old Three Devices

If you have an old Three device that was locked, you can unlock it free of charge.

Three provides channels through which you can unlock old devices.

The available ways to unlock the devices are:

The easiest way to unlock a locked Three device is by visiting their customer service.

According to the brand, you can enter any of their shops with the device.

It will be unlocked absolutely free of charge as you wait.

The second method is by requesting for the device to be unlocked online. If you want to unlock your Three devices, fill out this online form.

You will be able to unlock all Apple and  Android devices that were bought before January  2014.

Requirements To Unlock the Device

Among the requirements are

When you fill in these details, you will receive an unlock code. The unlock code for some devices must be sent to the manufacturer.

For this reason, it might take a little while for a device to be unlocked.

So, why are Three phones unlocked to any network? First, Three allows its customers to buy the phone they desire.

Once you purchase a Three phone, it becomes your property. You are allowed to use any line you want on that phone.

For this reason, Three phones are a much better option than other mobile options.

Read Next: How to Fix Three Mobile Data Not Working?