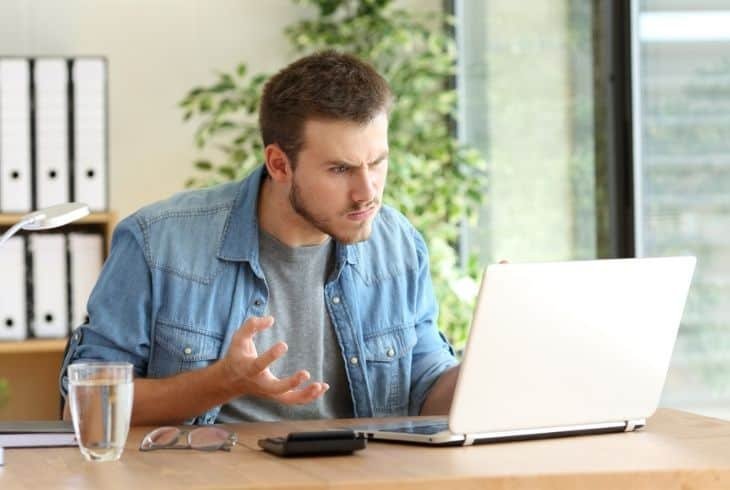 One of the common questions asked on forums is, why is Cox internet so slow at night? If you are struggling with slow internet speeds, you came to the right place.

There’s no doubt that Cox is one of the best internet providers. The ISP is known for blazing fast internet, but then, at night, the speeds can drop drastically.

Your Cox internet is slow at night because of internet congestion, otherwise known as internet rush hour. During this time, the majority of Cox internet users are online, and that overwhelms the internet connection.

In this article, we have explored internet rush hour and shared tips on how you can boost your Cox internet at night.

Why is Cox Internet So Slow at Night?

But then, this is not why Cox’s internet is slow at night.

This is when many users are on sites that use a lot of bandwidth, talk of streaming sites such as Netflix. You will find that in any household, there are multiple devices connected to the internet at night.

READ ALSO :  Does Cox Throttle Internet Speed? All You Need to Know

How to Fix Slow Cox Internet?

Slow Cox internet is something all Cox users experience. But the good thing is that there are ways you can ensure your internet is not as slow.

Discussed below are some of the tips to fix slow Cox internet.

When your internet is slow, be it during the day or at night, the problem could be the number of connected devices.

The more the number of devices connected, the higher the load on your bandwidth. So, when Cox’s internet is slow, consider disconnecting inactive devices to get a faster connection.

Note: You should also get rid of piggybacking as it puts an unnecessary load on your WiFi.

For starters, a piggybacker is an unwanted user who has access to your WiFi. To ensure only legit users are on your WiFi, change the password, and don’t give it to neighbors.

The fastest Ethernet speeds can hit 10Gbps, while the quickest WiFi speed is 6.9Gbps.

While you may not be able to connect mobile devices using Ethernet, connecting your computer or TV using Ethernet will give you a better connection when Cox’s internet is slow at night.

Another solution for slow internet is removing obstructions and ensuring that your device is close to the router.

Obstructions such as walls do block WiFi signals. Already your connection is slow because of internet congestion, so obstacles will make matters worse. You should also consider relocating your router if it’s far away from the devices you use most.

4. Get Rid of Wireless Interferences

If you have slow WiFi, the problem could be wireless interferences from other devices or appliances.

Other networking equipments, talk of your neighbors’ routers and hotspots, and appliances such as microwaves and baby monitors are known to interfere with WiFi.

That said, ensure there’s no wireless interference as it could make your Cox internet connection much slower.

If your Cox internet is too slow, the problem could be old networking equipment. An old router or modem can worsen a Cox internet connection.

That said, it can be helpful if you upgrade your networking equipment, talk of the router or modem.

Experts recommend upgrading to a new router after five years. With a new router, the performance is optimal even when Cox internet is slow.

Another way of improving a weak Cox signal is switching to 5GHz. As you may be aware, there are two WiFi bands; 2.4GHz and 5Ghz. While 2.4GHz is the most popular WiFi channel used, Cox networking equipment supports up to 5Ghz.

The advantage of 5GHz, the industry standard, is higher data range and minimal interference. That means, if you are on 5GHz, you will still get better reception if Cox’s internet is slow.

The worst time to download files is during internet peak hours. During this time, the internet is slow now that it is congested.

So, downloading stuff will make things worse. That said, you can reschedule downloads for another time, maybe after midnight.

If none of the above options work for you, the ultimate fix will be upgrading your Cox plan. Cox has a variety of packages starting from $30.

The higher the package you are on, the better the connection. When there is lag, you are better off if you are on a higher package, for example, Gigablast, which offers up to 940Mbps.

If none of the above tips are working for you, then consider contacting Cox to get a solution.

READ ALSO :  How to Cancel Cox Cable but Keep Internet?

Below are the channels you can use to get further help on slow Cox internet.

Slow Cox internet is something almost every user experiences. As discussed above, the solution is subscribing to a faster Cox plan, removing any obstructions, upgrading your networking equipment, and using the latest industry-standard, 5Ghz.

Read Next: Why Does Cox Internet Keep Disconnecting?

If you were wondering why is Cox internet so slow at night, you have the answers. The problem is most likely internet rush hour, and there’s nothing you can do about it as it’s a problem that all Cox users face at night.

However, the good thing is that there are things you can do to improve your connection speed when everyone else in the neighborhood is streaming or downloading huge files.