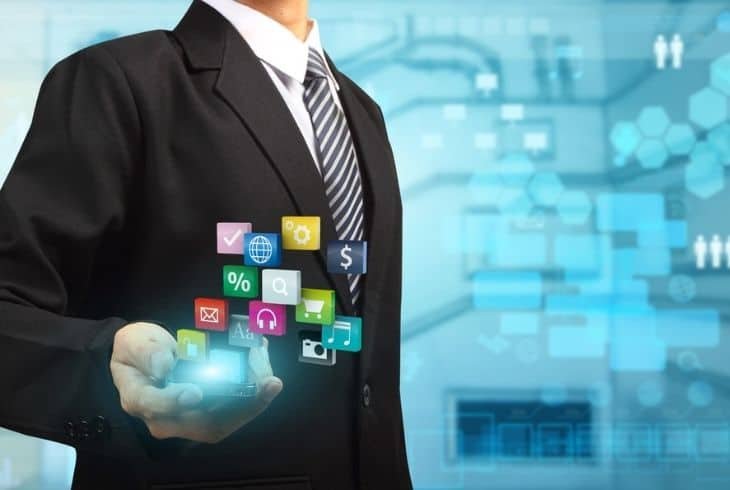 If you’re a new AT&T subscriber, you’ve probably wondered and asked, “What is data transfer on AT&T bill?”

It sounds alarming, and yes, a lot of people ask this question, especially those that just transferred to AT&T from a different provider.

Fear not, because, in this guide, we’ll walk you through understanding what the data transfer line item is on your AT&T bill! Not only that, but we’ll also be giving you a guide on how you can avoid seeing large data transfers on your bill moving forward!

Before we resolve it, let us unravel the truth behind what data transfer is. What does this mean in the first place? Will AT&T transfer my data?

What is Data Transfer on AT&T Bill?

If you’re skimming through your AT&T bill and you notice that you have a “data transfer” subject line there, don’t panic – it doesn’t involve sharing your information with other people or entities.

So, what does data transfer on ATT bill mean? Should I be concerned for the security of my personal space? Or does this something have to do with mobile data consumption?

Data transfer on your AT&T bill refers to the mobile data used on the account. It will often come with all the details, such as:

Don’t worry, it doesn’t involve the confidential information you gave the company.

While it’s not alarming for confidential information, it could be a cause for concern, especially for your finances.

According to most recent data, a large number of people don’t check if they’re connected to WiFi or mobile data. When they put their smartphones out and they notice that it has internet access, they use it.

To let you know what the top culprits are that cause big amounts of data transfers, they include:

Now that you know the common things that cause an influx to the “data transfer” category on your AT&T bill, how can you avoid it?

Is there a way to work around this particular dilemma to avoid being invoiced big shocking bills?

How to Reduce Data Consumption on AT&T Bills

Now that we know what the data transfer is on an AT&T bill, let’s get down to the process of solving it!

As opposed to what many people believed in, getting rid of the data transfer category on a phone bill isn’t that complicated.

Here’s a step-by-step tutorial you can follow to avoid accumulating massive data consumption instances on your next bill.

The first thing you want to do is to know what your data limit is. This would help you determine what the allowed usage is for your mobile device.

Step #2: Set Up a Threshold For Data Usage

If the large data usage is not from your phone line or number, you can control the consumption of data by setting a threshold or schedule for the time when you want data to be used.

You can restrict data usage by following these steps:

NOTE: You can also select your line for data blockage for a better guarantee that you won’t go over your limit.

After toggling things within your control, the next thing you want to do is to ensure that you’re always connected to WiFi.

Make it a habit to check the connectivity status on the upper-right part of your screen and check if you’re connected to WiFi.

If you see 3G/4G/LTE on the top-left or top-right part instead of the WiFi symbol, then that means you’re using mobile data instead of WiFi.

Then, proceed to kill and turn off all background apps when they are not in use. Unbeknownst to many, apps that are left open could still consume data even if you aren’t actively using it.

READ ALSO :  How to Unlock AT&T Phone : The Ultimate Guide

So, turn off and kill background apps each and every time you’re done using them.

Did you know that one of the culprits of high data usage without you realizing it is the autoplay feature of social media apps?

It’s intended to give all users a better and easier experience, but it could actually hurt your finances due to large data consumption. This wouldn’t be a problem if you’re connected to WiFi 100% of the time.

So, turn off the autoplay feature of your social media programs and apps by going to its Settings & Privacy > Settings > Video/Autoplay.

Disable it to avoid autoplay whenever you come across videos on the app.

READ ALSO :  Why is My AT&T Cordless Phone Not Ringing? Complete Fix Guide

By following this 5-step process, you can expect that your next bill won’t include absurd figures on data transfers any longer!

What Else Can You Do to Avoid the Data Transfer Charges?

If the above process wasn’t effective for you and your usage, there are alternatives you can do and perform to avoid incurring large data transfer charges on your next billing.

Increase the Data Limit of Your Plan

You can opt to increase the data limit of your plan by adding data manually or by changing the plan you’re on.

To do this, contact AT&T’s mobile support team and tell them that you’re looking to increase the data allocation on the account.

NOTE: Make sure to tell them to add shareable data so that it’ll be increased across the entire account, not just on one (1) line.

Purchase a Hotspot or a Portable Broadband Device

Another alternative is to purchase a portable broadband device or a hotspot device so you can connect to it when you’re on the go.

These devices would usually need to be connected to a USB port. So, to make it work, you need a laptop or a computer to connect to.

Should you still be unsuccessful in saving money on your next bill using these three (3) alternative methods, you already have a serious data consumption problem.

Read Next: How to Block a Number on AT&T Landline?

If you’re wondering what data transfer is on your AT&T bill, it’s merely the data usage recorded in the system. Save up money on your next bill by identifying the limit, restricting further use, and deactivating autoplay on social media apps.

It’s also advisable to look into adding or increasing the data allocation of the account.

The next time you think about searching what is data transfer on AT&T bill, you can easily go back to this guide to find out!

When you do, you wouldn’t just know what it is, you’ll also learn how you can get decrease that charge, better yet – completely remove it on your next bill!