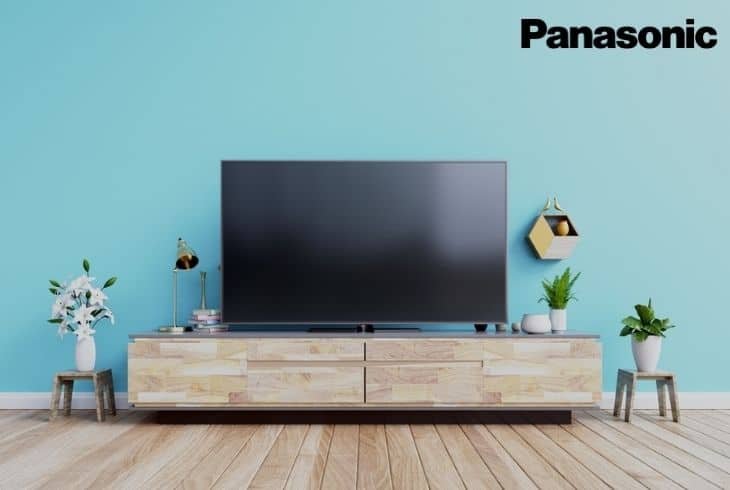 If your Panasonic TV won’t turn on after power outage and you don’t know how to fix it, then you have come to the right place!

Further in this post, we will get you familiar with many reliable solutions to efficiently resolve the issue and also let you know of other technical workarounds as a bonus!

The reason your Panasonic TV won’t turn on after a power outage might not always be related to a faulty or burned hardware part. Sometimes after a power outage, the current is not stable enough for a certain time during which ALL your electrical devices could behave strangely.

Besides all that, there are many other possibilities that we will uncover and provide a solution to, but first, let’s learn more about the power outages.

Why Panasonic TV Won’t Turn On Red Light Stays On?

If the red light on your Panasonic TV stays on after a significant power outage, this usually means that something has gone faulty throughout your configuration.

It doesn’t always indicate internal issues within your TV, but it may be blinking because of insufficient power.

Once the power comes back after an outage, there could be a 10-15 minutes purgatory state in which the power is weaker and not enough.

Some of your devices might need a restart to be able to acquire sufficient power after a power outage.

In case of any power attack, you might have a faulty cable, where the only workaround would be to identify it and replace it.

Sometimes power outages can cause a handful and harmful issues like burning out your Panasonic TV power input slot.

READ ALSO :  How to Tell if TV Power Supply is Bad? Quick Guide

If your power outlet was a target of a power surge, it might no longer be able to deliver a reliable power flow.

The last and worst possibility would be if your TV has been an object of a power surge and some essential component is not working.

With all that in mind, let’s take a look at how to approach each of these possibilities!

How To Fix Panasonic TV Won’t Turn On After Power Outage?

Since there aren’t many things you can do to your TV if it cannot turn on, it is urgent to figure out whether any light within the device is blinking or not. It does matter if any lights are blinking because this is an indication of a working TV.

The problem might be related to the power, where no lights will be blinking so without further ado, let’s start applying the steps one-by-one!

The very first step would be to completely discharge the TV.

The power drain or also known as a power cycle will refresh the electricity within your TV, and hopefully, bring it back to life in case the problem is with the power delivery.

To completely discharge your Panasonic TV, follow the steps below:

READ ALSO :  Why Is My TV Screen is Green How Do I Fix It?

Note: It is recommended to test if your power outlet delivers a reliable power current, by plugging another device.

If your Panasonic TV cannot turn on after a power outage, the next step would be to inspect all the wiring within your TV setup.

The most important cable that you should focus on is the power cable.

Depending on whether the lights are blinking or not you can straightforwardly conclude if the TV is being delivered with power. If your TV does not emit any sign of life, then you should test if the power cable is working.

Take another device (if possible) that has the same power input as your Panasonic TV and plug the cable you’re concerned about.

This is the fastest way to find out if your power cable is working or not, except if you have a replacement cable to test with.

The next fragile part which could be affecting your TV functionality is the power input slot.

After a power surge, the current arrives instantaneously and if your TV is connected to the power during that time the input port could have been an object of a power surge.

The power surge often happens due to a short circuit or not stable power flow that has reached the power input of your TV.

In that case, there should have been a sparkle of current that would have left black marks/patterns on and around the input port.

Inspect your input slot and if you see any of these signs there was definitely a power surge and probably not only your power input slot is affected.

READ ALSO :  Why is Peacock So Slow? Proven Ways to Make it Fast!

Sometimes during a power outage, a power surge or shock may have caused interruptions within your power outlet.

We recommend you plug your Panasonic TV into another wall outlet to see if it is going to work.

If the power outlet was the problem, after all, make sure to call a technician to safely remove the faulty outlet and mount a brand new one as soon as possible.

Faulty outlets may contain unstable electricity, so these things can be more dangerous than you think!

If your Panasonic TV still cannot turn on after a power outage even after you have tried everything so far, there might be a faulty hardware part because of the outage.

It really depends on whether you were able to observe any signs of life after the power outage or not. If there was no blinking, sound, or picture even for a brief moment, then your TV power supply might have gone faulty.

READ ALSO :  How to Get Internet from Cable TV Line? Complete Guide

If you feel confident you can check if your TV is burned up by disassembling the compartment on the back of your TV and checking for any type of burnt odor.

That won’t solve your issue but at least you’ll get familiar with what might have gone wrong and you’ll know what to do next.

Whether you were able to resolve the issue or not, we strongly advise you to read what’s next as we’ll explain the types of power outages and how to protect your devices from them.

What Happens During A Power Outage?

Power outages can be usually divided into two general groups. One is the loss of power, which could indicate a permanent fault, blackout, or brownout.

READ ALSO :  Why is My TV Pixelated on Some Channels? Fix Guide

The other one is a fault along the power line, which could come back automatically when the situation is resolved.

Each power outage could mean significant harm to your TV. If the voltage drops completely, this will mean it’s a blackout, which is a total loss of power. This kind of outage can be more dangerous when it comes down to technical equipment.

Usually, each kind of outage has its cons, but the blackouts can severely damage products when the power kicks in and out.

It is recommended that you unplug all of your products during a blackout, in case of the electricity kicks back in. This way you will preserve your equipment and prevent a bad outcome.

READ ALSO :  Why Does My TV Sound Keep Cutting Out? Know-How to Fix!

What Should I Do After A Power Outage?

As we’ve mentioned above, as soon as the power kicks back in, your products will be instantly charged with electricity and immediately turned on. This can present danger to the products unless they are unplugged or the power strip is flipped off.

After the power comes back, wait for several minutes as they might be testing if the power flow is reliable. In other words, the power can go off at any moment, so wait at least 10 minutes before you plug everything back in.

If the power doesn’t go out in about 10 minutes, it means that everything is stabilized and you can plug all of your devices back into the outlets.

To resolve the problem wherever a power outage prevents your TV from starting, you should inspect all fragile components. Those components include your power cable, power input, and power outlet.

The most efficient approach would be to discharge your device completely by performing a power cycle.

Read Next: Why is My Internet Usage So High?

Now that you know what to do whenever your Panasonic TV won’t turn on after power outage, you will no longer have to be concerned.

Moreover, now you know how to preserve and defend your electrical devices from power surges during a power outage so you’ll be safe!

If this post was helpful, you’ll definitely find our blog interesting so make sure to check it out!