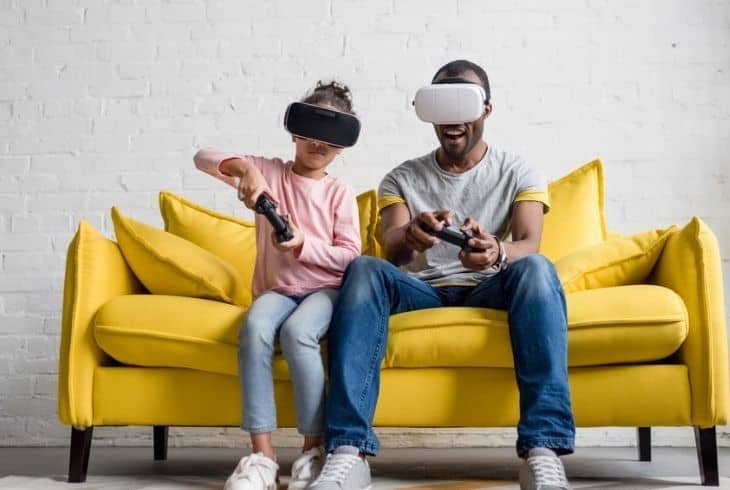 Perhaps you’ve asked, is satellite internet good for gaming? Would my gaming experience be affected even if I don’t use cable or fiber internet? A lot of people like you wonder if this is possible and that’s why we made this tutorial!

In this guide, we will be going over the complete details on whether you can safely use satellite internet for gaming or not.

READ ALSO :  Why Is Hughesnet Not Receiving Or Transmitting? Complete Fix Guide

Before diving deep into it any further, let us quickly discuss the possibility of using satellite internet for gaming.

Let us unravel the possibility of using satellite internet for gaming!

Is Satellite Internet Good For Gaming?

Satellite internet is still the internet, therefore, you can use it for gaming.

Before its evolution, satellite internet was frowned upon by a lot of people, especially those that require high speeds for streaming, work, business, and gaming.

Today, though, satellite internet evolved from being just a backup internet connection to being used as the primary network for areas and locations that aren’t reached by cable internet, DSL, and fiber optics.

READ ALSO :  Hughesnet Connected But No Internet? Here’s How To Fix?

So, if you’re constantly on the hunt for the answer to is Hughesnet satellite internet good for gaming, it has many different factors involved. However, in an ideal sense, you can use it for gaming.

Why is Satellite Internet Bad For Gaming?

However, there are quite a few instances where people consider satellite internet to be not that fit for gaming.

Although these things often have workarounds, here are some have negative contributing factors to gaming:

For a brief rundown of what it is, latency is the time in which the data is transferred from the source to the destination. They’re usually measured in milliseconds and can be crucial or critical in terms of gaming.

READ ALSO :  Why Is HughesNet Not Working? Troubleshooting Guide

Lag is the more common term for latency used by gamers, and it can have adverse effects on your gaming experience.

Yes, there aren’t any rules discussing that satellite internet cannot be used for games, but because the data/information needs to be transmitted from the satellite dish – to a geostationary satellite – and back, this communication can be delayed and therefore can make your gaming experience bad.

The other factor that satellite internet can have with gaming, making it less enjoyable is packet loss.

The effects of packet loss can overall affect your experience, increasing lag or latency, as well as other noticeable effects on the visuals, performance, and throughput of your device.

READ ALSO :  How to Speed Up HughesNet Internet?

Satellite internet has been known to have the worst data caps and restrictions in history. Even if that’s the case, you wouldn’t consume that much data, right?

However, we have to consider the constant updates and patches that these games have.

Most, if not all, have updates every week – and we’re talking about 100 to 200 MB updates that would help improve and develop the game.

While these things are often part of the reasons why people think that satellite internet would not be good for gaming, you’ll often find workarounds to these problems and dilemmas.

That being said, what games would normally be fine even if you use satellite internet?

What Games Can Work Effectively With Satellite Internet?

Out of all the many different games in the market, there are some games that are known to work efficiently and effectively even if you are using satellite internet.

Role-playing games or RPGs for short, are games that do not require fast gameplay. What this basically means is that latency will never be an issue that would compromise your experience.

More often than not, single-player games would only require the internet if there are updates. In playing them, not being connected to the internet will never be an issue.

The vast majority of strategy games are turn-based and would normally not need a crucially fast. That being said, it automatically negates the need for an internet connection to have a complete 100% reliability.

But, do take note, though, that there are strategy games that are real-time. And in these instances, your gaming experience could suffer from latency issues if your satellite internet isn’t set up or configured correctly.

What Games Should You Avoid When Using Satellite Internet?

With all the different factors involved, there are some games that you want to avoid so that your gaming experience will never be compromised.

Being one of the most popular and most played games in the industry, first-person shooters have undergone enhancements and developments, making them require internet connections that are safe from any type of latency.

It’s not recommended to play first-person shooters while connected to a satellite internet because of packet loss and latency being problems.

READ ALSO :  Why Is HughesNet Not Working? Troubleshooting Guide

This makes satellite internet not the best when it comes to sports games because of possible delays and lags.

MOBA or multiplayer online battle arena games are the types of games you can play on computers/laptops, consoles, and even smartphones and tablets.

And while you think these types of games are not that requiring, you would need to have a decent connection; decent to the point that it’s reliable and that latency would never be an issue.

READ ALSO :  How to Speed Up HughesNet Internet?

Read Next: Why is My Satellite Internet so Slow?

Satellite internet is part, if not the easiest type of internet connection you can get. It’s easily available and you’ll never run into big problems.

But, is satellite internet good for gaming? Yes! You’ll be able to play a lot of games without compromising your gaming experience.

But, there are also other games and settings that wouldn’t work well with satellite internet, and this guide will help you identify them!