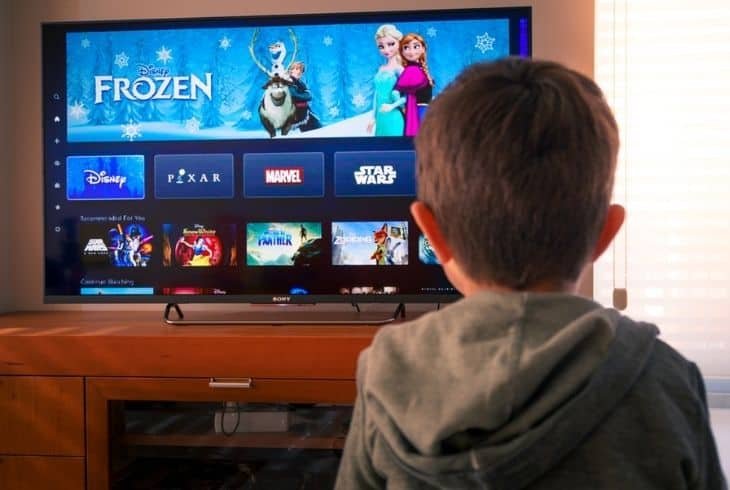 Excited to watch Disney+ but can you get Disney plus on Virgin TV?” If you are wondering the same, please note that Disney Plus is currently unavailable on Virgin Media.

However, that said, you will be able to access the service (on your TV if it is suitable), but it will not be linked to your Virgin Media account.

Let us know how!

The Disney Plus app is available on many new Smart TVs, and there are a variety of additional methods to get started watching. The applications are easily downloadable if you play PS4 or Xbox One on the same TV.

If you’re not a gamer, an Amazon Fire TV Stick is a low-cost solution that you can quickly transfer across your displays.

There’s no indication yet on whether Disney+ will be offered on Virgin Media directly in the future.

“We have a long-standing connection with Disney and are in negotiations regarding Disney+,” a Virgin representative said of the prospect.

How to Get Disney Plus on Virgin Media?

Although Disney+ isn’t compatible with Virgin Media at this point in time, there are a good few ways in which you can still watch Disney+ on your Smart TV.

Let’s take a look at the different methods you could use to watch Disney+.

From the Amazon Store, you may download Disney+ for FireStick.

Disney Plus is accessible on PS4/5, Xbox, and the freshly released PS5 console, as well as a remote control with specialised buttons for each streaming service.

Using a Chromecast device, you may stream Disney+ from your iPhone or Android phone to your television over a wireless connection.

You can always use HDMI to connect a computer to a television.

Disney+ now supports the use of a NOW Smartstick to stream the channel.

Now that we’ve taken a look at the main sources to stream Disney+ since Virgin Media does not support it, let’s go over the different methods to get this up and working for you.

How to Get Disney plus on Virgin TV?

As stated above, unfortunately, Disney+ isn’t compatible with Virgin Media, there are discussions to make it so that you can Disney+ on Virgin Media, but we will go over some alternative methods.

Before we start: Please make sure you have signed up for Disney+.

Solution #1 Use An Amazon Firestick To Stream Disney+

Disney Plus on Fire TV Stick requires only a few simple procedures that may be found on the Amazon App Store.

On Fire TVs, there is a voice search option on the remote control that provides a shortcut for finding apps. You can get the Disney+ application by searching for it.

If utilising the controller with voice control does not function, please do follow the instructions given below:

Solution #2 Use A Gaming Console To Stream Disney+

Although Disney+ was released a year ago, it is now available on all gaming platforms.

Disney Plus is accessible on PS4, Xbox, and the freshly released PS5 console, as well as a remote control with specialised buttons for each streaming service.

If you want to learn how to stream Disney plus gaming consoles, don’t worry; the method is quite straightforward even for a novice.

How to Stream Disney Plus on PlayStation 4/5?

The setup of Disney+ on PS4 is simple; simply follow the steps below to gain limitless access to some of the greatest classics of all time.

READ ALSO :  Why is My Virgin Media Picture Breaking Up? Fix Guide

Now you can watch your favourite Disney+ content on your PS4.

How To Stream Disney Plus On An XBox?

Getting Disney+ on Xbox is likewise a simple process that goes like this:

Voila! With a single click, you can now watch all of the popular Disney Plus shows.

Solution #3 Use A Chromecast To Stream Disney+

Using a Chromecast device, you can stream Disney+ from your iPhone mobile or Android smartphone to your TV over a wireless connection. Please take the following steps:

Chromecast is a device that allows you to cast video from your computer to your television.

What to search for: The Chromecast icon will change colour when you’re connected, and the Disney+ movie, programme, or series will appear on your device.

Solution #4 Use An HDMI Cable To Stream Disney+

If you don’t have an external device that you can use for streaming currently connected to the TV, you may always attach a computer to it using HDMI.

Connecting your Android or Apple tablet or mobile to the television allows you to do the same thing.

If your device doesn’t support an HDMI output, then you will need an adaptor between it and the HDMI cable. This includes a Lightning-to-HDMI converter or a USB-C-to-HDMI.

Solution #5 Use A NOW TV Device To Stream Disney+

On NOW TV devices, the Disney+ app is now available.

The software may be downloaded from the Now TV app store, but users must first sign up for the service through Disney. Disney+ will not be included in any of Now TV’s passes, similar to Netflix.

To get the Disney+ app, go to the following link:

If the options above have not worked for you, there may be a problem with the streaming device itself e.g. the Firestick, in which case you will need to reach out and contact the device’s customer care staff.

Read Next: How to Fix Virgin Media Channels Not Available?

We looked into “how to get Disney plus on Virgin TV” and went through the process of installing an external streaming device. We went over many different devices and platforms to stream Disney+ these included, including an Amazon Fire Stick, a Chromecast, gaming consoles, and even connecting your laptop to Disney+ via an HDMI connection.

Now that you understand the process of getting Disney plus on Virgin tv, We are optimistic that you will be able to resolve the problem without the need for outside assistance.

Getting in touch with a technician, on the other hand, is always a good idea because they’ll tell you exactly what’s wrong with your external device or streaming system and what you need to do next.