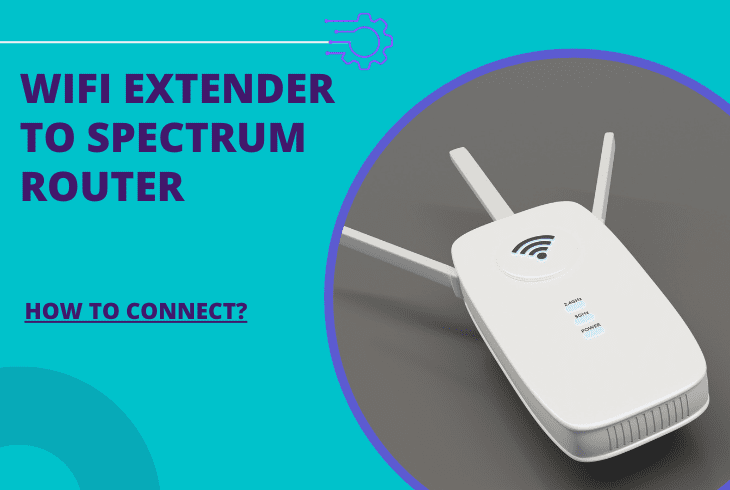 Want to learn how to connect WiFi Extender to Spectrum Router? Then keep reading!

You’ll learn all about the setup of all nowadays WiFi Extenders and how everything is done with and without the WPS feature.

We’ll go over all possibilities and what you should expect during the setup of your WiFi Extender so we’ve got you all covered.

In order to hook up a WiFi Extender in your Spectrum Router, press the WPS button on both devices and wait for the connection to initialize. Otherwise, connect the extender via Ethernet to a desktop device and undergo the web setup to connect the device.

Let’s learn more about the setup before we review the completed guide!

Based on the model of your WiFi Extender you have purchased in addition to your setup, the setup will be done in one of two ways.

You could either connect the extender via WPS (Wi-Fi Protected Setup) or without using WPS (if the extender does not have such a button).

Judging by honest thoughts and opinions from users who had been facing this setup in the past, the far easiest setup is by using the WPS button on your router and extender.

Otherwise, you’ll have to hook up the extender to a desktop device and undergo a web setup, which differs.

We’ll review both methods and make sure to set up your extender by the end of this guide!

How to Connect WiFi Extender to Spectrum Router – Methods!

After learning more about the setup and what’s about to come in our guide, it’s time to review the steps.

We’ve included helpful information about universal WiFi Extenders setups and what to do in situations where your extender comes without a WPS button.

With that being said, let’s begin with the first method!

In the first method, we’ll be learning how to connect your WiFi extender to the Spectrum Router using the WPS button, that’ll establish the wireless connection.

Step #1 Plug the Extender into Power

In the first step, you should make sure that your extender is secured to an electrical outlet and is successfully receiving power.

In order to undergo WPS, the extender must be up and running along with the WPS feature itself or you’ll not be able to get the router to discover the extender.

However, note that not all extenders have a WiFi Button alongside the WPS button, and some may automatically enable their WiFi once plugged in.

Either way, you should carefully examine your extender and press the WiFi button, only if it has one.

Your next task is to locate the WPS buttons on both your Spectrum Router and WiFi Extender.

They are essential for realizing the wireless connection and it is strongly recommended that you have a general idea of their location.

Let’s look up where the WPS button on most WiFi extenders is and then on your Spectrum Router:

The WPS button usually has a logo, identical to the WiFi one so it shouldn’t be too hard to notice, neither on your router nor WiFi extender.

Once you find the buttons, proceed with the next step!

Once you have acquired the location of both the WPS buttons, it’s time to undergo the setup.

In fact, the WPS setup is by far the easiest setup out there, since it doesn’t require a password you don’t have to do anything, except for pressing literally two buttons.

As long as the extender is close to the router enough, they’ll be automatically connected.

Once this is done, the LED on your extender and the WPS indicator on your router will start blinking as a result.

Once the extender is discovered by the router during the process, they’ll establish the wireless WiFi connection!

2nd Method: Without a WPS Button

If your extender is not equipped with a WPS button, you shouldn’t worry either.

In such cases, it’s just that you have to set up the device through a web browser, rather than using WPS.

In order to begin the web setup of your extender, it must first be physically installed and connected to a power outlet.

This is the first step you’ll find, whatever you look for the setup of your extender, so get to it as soon as possible.

If you’ve read our guide so far, you’ll know that the extender must be plugged into your PC/Laptop in order to begin the setup, as well as a power source.

For now, just make sure that the extender has made its way into a power source and proceed with the next step.

Step #2 Connect the Extender via Ethernet

Although a small partition of extenders could host a wireless connection with your PC or Laptop, it’s strongly recommended to have the device connected via Ethernet.

This will supply a much more stable connection during setup and it’s also a great way to check the extender’s settings.

Here’s how to hook up your extender via Ethernet:

If the connection has been successfully made, the Ethernet cable on both ends should start blinking in green color. Otherwise, one of the connections is loose.

And for the final solution, we must undergo the essential Web Setup of your Wi-Fi Extender!

Based on your extender, accessing the web configuration of the extender could vary.

However, if you still have the user manual of the extender, you should take a peek at the page that gives you information on how to access the Settings Page of the extender.

Since we’re not familiar with the type of your WiFi Extender, check in the manual or search online how to exactly access that web setup.

Once you did, here’s what to do afterwards:

The hard part is reaching the web setup, rather than doing it. Once the setup has begun, you’ll receive a detailed guideline of what each step should be.

They’ll explain all about the changes this extender will do to your network and how to handle all of the settings and features of the device.

Thus, the answer to “how to connect WiFi Extender to Spectrum Router”, is to either use the WPS button or have the extender set up in a web prompt. To set up via WPS, press the WPS on the extender and 15 seconds after on the router and wait for connection.

Read Next: How to Change WiFi Channel on Spectrum?