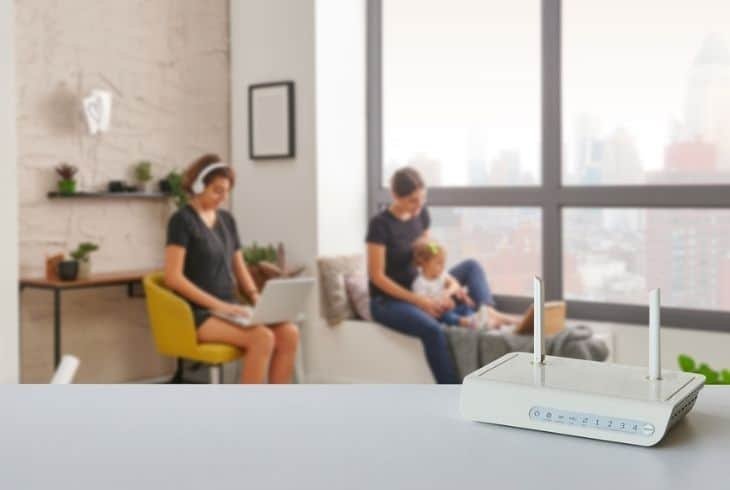 Many people, including you, could have at least once asked: can you use two modems in one house? If yes, what benefits and advantages do it have?

Look nowhere else, because, in this guide, we’ll go over everything you need to know about using two modems in one address!

For this article, you’ll not only learn if using two modems in one house is possible, but we will also give you every inch of information you need to know about it!

If you’re wondering if it’s possible to use two modems in one house, it is possible, but it might not be the best and most ideal solution to whatever your problem is.

Now, before discussing this possibility, let us first try to unravel some of the reasons why some people look into having a second (2nd) modem in their house.

Why Have Two Modems in One House?

Typically, the answer to this will vary, but it will most likely revolve around extending the reach.

This is especially common to households that have more than three floors and those that are large enough that they can house more than two families.

Another reason could be because you want to have a backup internet in case the primary connection you’re using fails.

With a second modem ready, you don’t really need to do anything – you can just connect to it!

But out of all the different reasons why you would have 2 modems, is it possible, though? Can you have more than one modem? Do providers allow 2 separate internet modems in a single household?

In all technicality, modems only respond and answer to one line. At the other end of the table, your provider would also be sensing the same thing.

So, if you are to use two modems, you would have to pay for the service. This is because technically, you’ll be “installing” a new line.

It will be a new modem (new service) in your household. Therefore, the first or the original line you are currently using would not be, in any way, connected to the second line.

Can You Use Two Modems in One House?

Following the technicality, we gave above, and to answer the question, yes, it is possible to use two modems in just a single household. There’s actually no valid reason why this is not allowed.

As we mentioned above, your reason for having two modems could be because you want it to be some type of backup, so that you don’t experience any downtime.

However, if your reason is that you want to somehow extend the connection to other parts and spots of the house, this might not be the most ideal.

That being said, what are the pros and cons of having two modems in one house?

Benefits of Having Two Modems in One House

To help you understand it better, here are some of the pros and advantages of using or having two modems in a single household:

Now, let us briefly go into the discussion of what the cons or disadvantages of using 2 modems are.

Drawbacks of Having Two Modems in One House

Depending on your position and what the situation is, it will be all under your control.

Should you just want the WiFi range to be extended, and if adding a second modem to the household is not the best, what other options or alternatives can you look into and consider?

Alternatives to Having Two Modems in One House

Instead of using two modems in one house, here are some of the best things you can consider, depending on what you’ll be needing 2 modems for.

Use a WiFi Extender

The best and probably most common tip or comment you’ll receive is to just use a WiFi extender. If your issue is proximity, then a WiFi extender should be more than enough to address your concerns.

You’ll find a ton of WiFi extenders in the market, there’ll never be a shortage of them!

Much like WiFi extenders, routers can also be the solution to your problems. By using a router, from its term alone, it will be easy and convenient for you to “route” the connection and to spread it accordingly.

This resolution is usually recommended to those that have issues with lagging, latency, and even congestion.

With routers, you’ll never have a problem! You will easily be able to solve network-related problems!

Make Use of Your Mobile Data Plan

Should you be worried about having downtime or not being able to connect to the internet for long periods of time, this is the situation where you can use the mobile data that’s part of your plan!

Yes, it might not be that much, but it can serve as an emergency internet connection that you can use for sending emails, browsing, and even scrolling through social media!

These are some of the top alternatives that you can use instead of using two (2) modems altogether.

Read Next: Is it Bad to Turn Off Modem Every Night?

In case you’re dying to know if you’ll be able to use 2 modems in a single household, you can! There’s no known restriction that it’s not possible. The only thing is, it might not be the most practical and the most economical way to go.

So, would it be possible to have two ISP lines in a single location? Can you use two modems in one house? There’s never a rule telling you that it’s not possible, you can!

But, it will also be healthy if you scan through the list of options and alternatives that you can do instead of just deciding to have another installation for a second modem in your home.