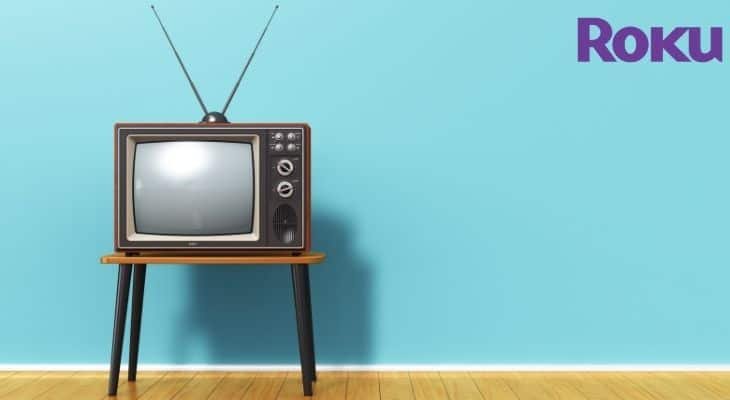 A lot of people have been asking this, but can you use Roku on a non Smart TV? Would you be able to use their services even if your television isn’t an advanced and a high-tech Smart TV?

The good news is, yes you will still be able to use Roku even on a non-smart television. In this guide, we’ll teach you how you can connect it so that it’ll be a walk in the park if you want to use it!

To be able to connect your streaming device to your traditional television, you would need an HDMI cable and an HDMI port on your television.

So long as you have these two, you shouldn’t experience any problems in using Roku!

As opposed to what many people believe in, you don’t need to subscribe to Roku. All you need is a device that can give you access to all of its features.

READ ALSO :  Why Is Tubi TV Not Working On Roku? Quick Fix

There are quite a few different Roku devices available in the market. When you’re able to purchase it, you’ll be able to use it!

That brings us to our next question, which is…

How Does Roku Work?

In a separate guide, we detailed the steps on how you can make your Roku Stick work on any television that you may have.

To summarize, it works when you plug it into your television and navigate its interface through your TV!

Most Smart TVs would already have a remote control that has all of the pre-installed apps in them like Netflix, YouTube, Amazon Video, Hulu, Roku, and more.

But what if you don’t have a Smart TV?

Can You Use Roku on a Non Smart TV?

A big resounding YES! You will be able to utilize your Roku device! Whether it’s an HDR streaming device or a Roku Stick, you shouldn’t have any problems making it work!

Roku utilizes a High-Definition Multimedia Interface or HDMI. Meaning, you’re not really required to have a Smart TV!

Now that you know you really don’t need a Smart TV, how do you link it to the television that you have now?

How to Connect Roku to a Non Smart TV?

Below are the steps on how you can easily link and connect your streamer to your television.

Step #1: Make Sure That You Have All Necessary Components

Your Roku device will arrive at your location in a box. When it does, you should ensure that it’s complete.

READ ALSO :  How Do I Add a Second Roku to My Account?

You need to have the remote, the streaming device (receiver or stick), a pair of batteries, HDMI cable, AC charger, USB cable (for charging), and a pamphlet for the guide on how to use it.

It’s placed on a plastic container and all spaces should be complete. If you see anything missing like the batteries, contact the company’s customer support team quickly so they can help you with it.

Step #2: Power On or Activate Your Television

Make sure that your television is plugged in and activated.

You can also set up and connect your Roku to your television while it’s powered off. But it’s better if it’s turned on so you immediately know if it was able to pick up or detect the device.

The flat end of the batteries must be positioned against the springs on the remote; the pointy end, however, needs to be on the flat side of the remote.

Step #4: Locate an HDMI Port on Your Television

The next thing you want to do is to locate the HDMI port on your television.

It’s far from what a USB port looks like, it’s fatter or wider than a regular USB connector and it’s a bit lengthier than it, too. It’s not rectangular-shaped, like how you would imagine a port.

READ ALSO :  What to Do If Roku Won’t Connect To Wireless Network

When you see the HDMI cable that comes with the Roku device, you’ll immediately able to see what it is.

Of course, the next step is to plug in the HDMI cable or connector from the TV to your Roku device.

If what you have is a Roku streaming stick, then you wouldn’t need an HDMI cord for it anymore.

The next step is to power your device on by connecting your Roku device to the AC charger. If you have a streaming stick, on the other hand, no need for this!

You just have to connect it to the port and you’ll be good to go!

Step #7: Set Your TV to the Correct Input

If you have multiple inputs on your television (HDMI 1, HDMI 2, etc.), you need to make sure that you’re on the correct input.

READ ALSO :  How to Get Peacock TV on Roku – Fool Proof Guide

By now, you should be able to see the Roku welcome screen.

In most cases, you would have to pair the remote control with your television.

You just have to carefully follow the on-screen directions on how to do it. Once you’re able to do that, what you want to do next is to choose the language that fits you best.

It’ll have defaulted to English, so if you prefer another language, this is the part where you can do it.

Most people prefer connecting it through WiFi, but you also have the option not to. In fact, using an Ethernet cable will enable your connection to be direct, which means it’s faster and more reliable.

If you’re using a streaming stick, you need to purchase an Ethernet adapter for a wired connection.

You’ll see two (2) options: Wireless and Wired. Choosing wireless will redirect you to the prompt where you have to select a network and input its WPA key or network password.

Should you choose Wired, though, it won’t ask you for it.

There are times when Roku devices will install updates on your television. When it does, you need not do anything, just let it update.

If it tells you to restart it after updating, please do so.

Moreover, it might also instruct you to detect the display of the television. So, what you have to do is to use your remote to detect it.

When that’s all done, what you have to do next is to log into your account. In the event that it’s your first time owning a Roku device, signing up is easy – you just have to click on Create Account in the Roku website or the app.

From there, it’s going to be a walk in the park. That’s how easy it is to connect your Roku device to a non-smart TV!

What If My Television Doesn’t Have an HDMI Port?

Some of the older television models don’t have HDMI ports. Would these televisions be able to host a Roku device? Absolutely!

Roku is engineered to work even with televisions that house composite video cables.

READ ALSO :  How To Restart Roku TV in Easy Steps

There are multiple choices the company is offering for it to work, so you shouldn’t worry about it!

On the other hand, you can also purchase a composite to HDMI converter or adapter if your Roku device doesn’t have it!

My Roku Isn’t Setting Up, What Should I Do?

So, you’ve done and followed this step-by-step guide on how you can link your device to your television. But there seems to be a roadblock that’s disallowing you to. What should you do?

The first step, of course, is determining where the roadblock is. More often than not, people think that their device is broken, when in reality, they just have no internet connection when they set it up.

READ ALSO :  How To Reset Roku Without Remote

After careful and thorough examinations and if you think that the problem really is with the device, contact the customer support team immediately.

They should perform troubleshooting steps to determine where the error or the problem is.

Contrary to popular belief, Roku devices aren’t restricted to Smart TVs alone. In fact, even old-style televisions that don’t have HDMI ports can use it, too!

The next time you try and search can you use Roku on a non-Smart TV, look back at this guide first! This will be the complete and the comprehensive guide that you need!

Read Next: Learn how to improve Roku picture quality.