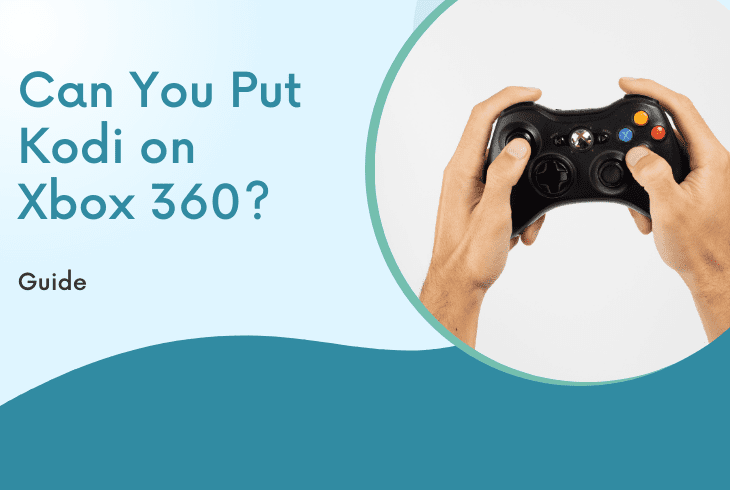 Could you be asking, “how can you put Kodi on Xbox 360’’ after a long search for this unique media player?

Having the finest Microsoft only requires the best media player for you to enjoy all your entertainment and shows.

Browsing below, you will see several ways you can use to install Kodi on your Xbox 360 and have a mind-boggling gaming experience.

Yes. Putting Kodi on your Xbox console is possible and petty easy.

However, you may need to note that any third-party Kodi add-ons you install on your console may cause some issues such as buffering, copyright infringement, and having your ISP displayed.

To be safe, it would be best you establish a VPN connection. Hence, you will avoid ISP throttling.

The internet provides many VPN options, so you can browse and get a list of them.

Be sure to pay for one since you may not be guaranteed safety if you go for the free plan.

We have several methods you can use to put Kodi app on an Xbox 360. They are simple and straightforward, and all depend on the device you own.

See each below and enjoy your favorite Kodi shows right from your console.

Kodi is compatible with most devices, including Firestick, computers, and most smartphones. So, before installing it on your Xbox 360, you need to install it first on any one of these devices.

Open the Kodi app on your device, then follow these instructions to put it on the Xbox 360.

Find the settings icon on the left side of the top corner of the Kodi app, then click on Service Settings. Use your cursor to navigate through.

The service settings toolbar shows up. Kindly scroll down, then click on UPnP/DLNA.

Choose the option ”share my Libraries ” on the right side list to enable the selection. This option allows you to share your library on other devices.

Scroll down the list, and once you reach ‘’allow remote control via UPnP’’ kindly enable it.

Your Kodi library shares several videos. Kindly select the library and choose TV shows or any other entertainment you wish to watch.

You are now free to watch any video your Kodi library shares with you via the console.

You can install Kodi on your Windows PC using the Microsoft store also. You only need to ensure that you use the same Microsoft account for your Xbox console and the PC.

Make sure that your PC is connected to the internet. Here are a few steps we can employ.

When the app finishes downloading, you will receive a notification on Xbox that Kodi is ready for launch. Kindly open the app and start using it.

The Xbox store supports Kodi, and you may only need to wait for less than three minutes for it to install the app on your console.

You should note that the Xbox 360 only supports Kodi Krypton version 17.6 and above. Here are a few steps to take.

Step #1: Turn on the Console

First, turn on your Xbox 360 console, then connect it to the internet.

You will then be directed to the Xbox store by default.

From the list that appears, kindly select the official version of the Kodi app, then click the icon.

The screen shows you the Kodi app information. Kindly click the Get button to download it. Please wait until it finishes installing on your console.

When the app finishes installing, please tap on the launch button to open it. You will then have your Kodi app on your console ready for use.

You can use the Kodi app directly from a Raspberry PI. You will first need to install the app on your Raspberry PI then use a USB cable to put it on your console via an HDMI port.

Once the two devices are connected, follow these steps to use the app on your console.

The applications screen will appear, then you will choose Kodi among them. Hence, you can stream any content you wish on your console from the Kodi app.

Hopefully, you have been able to put Kodi on your Xbox 360 using any of these reliable ways.

You can now stream content that excites you and enjoy all forms of entertainment you deserve.

Read Next: Is Hulu Free with Amazon Fire Stick?

Final Thoughts On: Can You Put Kodi on Xbox 360?

You can put Kodi on your Xbox 360 by installing it from the Xbox store. Connect your console to the internet, then type the word ‘Kodi’ on the search button. Select the authentic version from the list, download it, and then launch and use the app.

The methods above are a sure way to put Kodi on your Xbox 360. You can try any, and you will have a great watching or gaming experience on your console from the Kodi app.

Do not forget to install a VPN first to enjoy all the privacy you need before putting Kodi on your console.