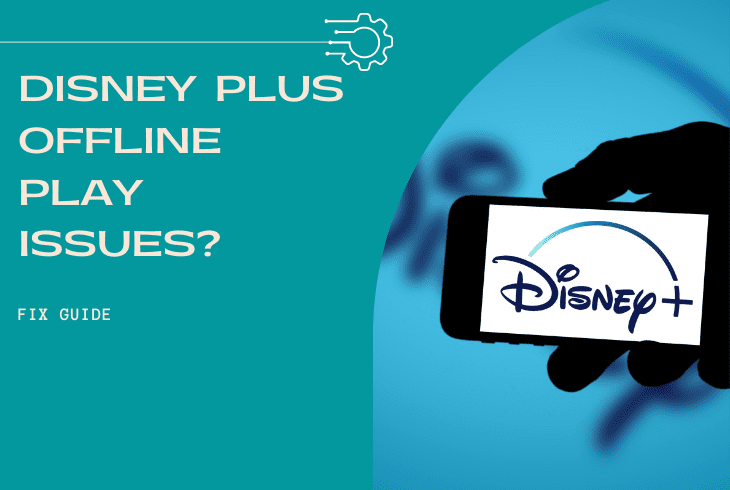 If you find that your Disney Plus downloads won’t play offline or you’re having trouble watching them while you’re not connected, you’re just on the right page!

In today’s guide, we’ll be going over the culprits that hinder you from watching offline Disney Plus content, as well as enumerate the steps you can perform to solve it.

If you’re unable to access your Disney Plus downloads, first, check if your storage is full. Then, perform a power cycle of your device, clear the cache and cookies of your Disney Plus app and try again. If this doesn’t work, delete the movie or episode you downloaded and redownload it.

Prior to the fix, would it really be possible to access it even if I’m not connected?

Can I Watch Downloaded Disney Plus Offline?

Yes, Disney made it possible for users to be able to watch and stream their favorite shows, movies, and titles even if the device being used isn’t connected to the internet, and this is by downloading the titles to the device.

Akin to other streaming apps (music or video), Disney Plus allowed this functionality to give flexibility to its users.

But if this is the case, why won’t my Disney Plus downloads play offline? What could be the reason?

Why Are My Disney Plus Downloads Not Working?

The factors surrounding the inability of your contents to load up on your device are not shrouded in mystery.

In fact, a lot of people experience this across a wide range of platforms and systems.

The most common reasons for this include, but are not limited to:

If your device does not have sufficient storage, then the content might not even be saved to the device in the first place, disallowing you to access it while you’re offline.

Several users also reported problems accessing offline content because of the fact that the Disney Plus app was not up-to-date.

This can also cause issues with how the app functions in accordance with the device.

There are instances where the culprit is not the device, but the specific show or title you’re trying to access.

There could be occasional interference with the program or the title you want to watch.

So, if you have not connected your device after you download it, it’ll be removed from your queue/list.

So, we’ve assembled this tutorial for you to understand how the fix process works clearer and better.

In this tutorial, we’ll go over the complete troubleshooting process of fixing the error so you could watch downloaded or offline content on your device.

Step #1: Check if Your Storage is Full

The first thing to check is the storage. If your storage is full and is not capable of storing any more content, then that could be what’s causing your downloads not to play properly.

From there, you’ll see the current status of your device’s storage.

The next thing to note would be when the last time you connected your device to the internet after downloading or installing the title or the media in question.

As per Disney’s policy, downloaded content can be removed if you downloaded it and you didn’t connect it to the internet within 30 days or one (1) month.

After that, what you want to do next is power cycle your device. To do this, follow these steps:

QUICK NOTE: If you’re using an iPhone that does not have a home button, press and hold the lock button and the volume down button to initiate the shutdown or the reboot.

Step #3: Clear Cache, Cookies, and Data of the Disney Plus App

After you turn your device back on, clear the cache, cookies, and data by going to Settings > Apps > Disney Plus. From there, select Clear Cache and Clear Data.

Step #4: Update to the Latest Version of Disney Plus

After that, the next step is to make sure that your Disney Plus app is updated to the latest version.

To do this, go to the Google Play Store or the App Store and search for Disney Plus.

If you do not see the Update button or if it’s not available, then that simply means that your Disney Plus app is in its latest version. Otherwise, do the update.

Step #5: Delete the Title/Show/Episode and Redownload

If that still doesn’t work, then the last and final step is to delete the show, title, or movie you downloaded, and redownload it again.

By now, all your downloaded Disney Plus downloaded or offline titles, shows, and movies should be accessible and watchable.

Whatever the problem is whether it fails to play or if it’s not loading up, you should now have no problems or troubles with it!

They Still Won’t Play, What Should I Do?

If the titles are still not working after you’re done with the 5-step process, then, the next step is to report the issue to the developers of Disney Plus.

You can do this by accessing this link and selecting if you want to initiate a Live Chat, a Call, or If you want to leave feedback.

Thus, if your Disney Plus downloads or offline content fail to play, then make sure that you still have enough storage. Then, perform a reboot of your device and update the Disney Plus app to the latest version. Proceed to delete the title, show, or episode and redownload the file.

Read Next: Can You Screen Record Disney Plus?

In case your Disney Plus downloads won’t play offline and you’re clueless about what you need to do, this guide will be everything you need.

Keep this tab handy so that you’ll be able to have offline access to whatever TV show, movie, or title that you’ve downloaded to your device!