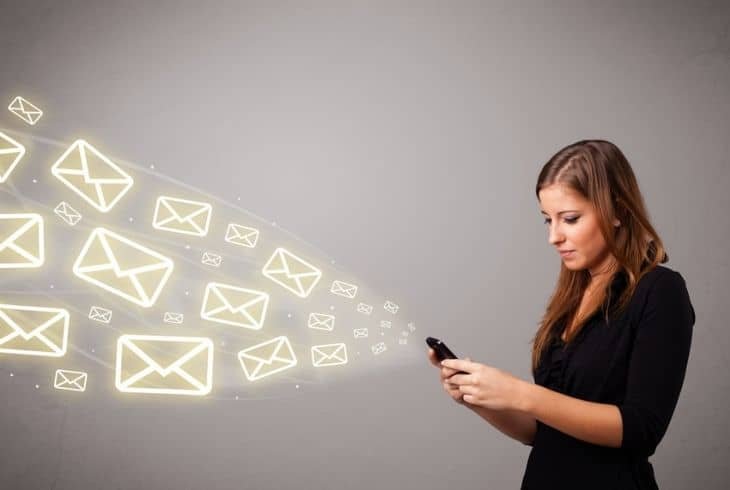 Knowing how to block someone from texting you on Metro PCS helps prevent annoying personal contacts and even spam.

Metro PCS is owned by its parent company, T-Mobile, which has the largest 5G network.

It offers phones that are generally more inexpensive than phones with other carriers. Metro PCS is also generally cheaper than T-Mobile service, given that it offers prepaid options.

Regardless of their affordable pricing, Metro by T-Mobile users are vulnerable to scams and spam texts (and calls) like any other mobile user.

By default, Metro PCS phones allow a mobile user to block numbers via the operating system, without needing any additional software.

Frequently, people want to block numbers on their phones because of scammers.

Phishing attempts and other varieties of scams increasingly use SMS messages. But SMS isn’t the only way scammers send messages.

Blocking SMS messages from a single user doesn’t completely prevent a scammer from targeting you. They can use other communication mediums to send you links and fake messages.

For instance, some apps have proprietary systems, such as WhatsApp, Facebook Messenger, and direct messaging on Instagram which circumvents an SMS blocker.

For comprehensive protection, your best option is a paid mobile security solution like Norton or McAfee.

Nevertheless, there are many free ways to block incoming messages by an individual phone number.

How to Block Someone from Texting You on Metro PCS – Solutions

The easiest solution to the question “how to block someone from texting you on Metro PCS“ is to manually block a contact through your phone’s built-in method.

The operating system comes prepackaged with a method to select individual contacts and discard any incoming data.

Be aware that this method allows you to block both texts and calls. Naturally, it won’t block other methods of communication such as email or social media.

Messaging apps that aren’t directly tied to a phone number, such as Facebook Messenger, will still work despite blocking a number.

To manually block an individual phone number on Metro PCS, use the following steps:

Note: This method is not permanent. Should you have a change of heart, it is easily reversible. However, the person you are blocking may change their phone number to still reach you.

Solution #2: Blocking on an HTC Desire

Blocking texts and SMS data on an HTC desire is very similar to solution #1. However, instead of hitting keys to block and contact, you need to navigate through the messaging application.

This method is more suitable for blocking a handful of people. If you need to block an entire range of phone numbers or block texts and calls from other countries, you’ll need to use an app.

To manually block texts and contacts on an HTC Desire, use the following steps:

READ ALSO :  How to Remove Phone from MetroPCS Account (Metro by T-Mobile)?

Note: You can also block multiple contacts at the same time by selecting the block contacts option and then tapping on each individual contact.

Truecaller is a popular solution to block texting on metro pcs, and it claims to have over 700 million worldwide downloads.

Ironically, Truecaller uses the freeware business model, whereby you get the app for free at the cost of annoying advertisements.

Nevertheless, it is still a viable method to block SMS messages. To start using Truecaller for free, use the following simple steps:

Truecaller is much richer in features than using a simple manual method. For instance, it offers caller ID, spam protection, spam inbox features, and even the ability to record phone calls.

READ ALSO :  Why Is My MetroPCS Data Not Working? Complete Fix Guide

Note: Even if you install Truecaller, you still have the option to manually block a number through your phone’s operating system.

However, Truecaller offers better coverage against fake messages because of its scam identifier protection system.

Solution #4: Disable All Text and SMS

Though some might find it undesirable to shut of SMS texting completely, it is an option for people bombarded by scammers who don’t text frequently.

Shutting off texting completely is not an irreversible configuration.

If you want, you can turn it back on whenever you want. Also, note that this setting doesn’t block a mobile user’s number completely. They still have the option of calling you.

To disable messaging services, use the following steps:

READ ALSO :  Why Is My MetroPCS Data Not Working? Complete Fix Guide

Note: This method shuts of SMS texting on Android devices.

You can also download the Calls Blacklist app on Google play for free. As the name implies, it allows a user to create a blacklist of unwanted phone contacts to prevent calls as well as SMS messages.

One thing I like about this app is that it lets a user save a file of blocked numbers, so you can transfer the list to a new phone when you change carriers.

It also has a built-in SMS messenger feature that helps block spam.

Unsurprisingly, because it is a free service, the app does contain ads. You could also download a free ad blocking app like AdBlock or AdAway to eliminate annoying ads from freeware SMS blockers.

The Metro PCS and T-Mobile networks have some inherent underlying security features to protect users against unwanted text messages.

T-Mobile maintains and continually updates a blacklist of known spam numbers and users.

However, no security software is ever flawless. As new spammers and scammers join the network, T-Mobile has to update the list.

If you find yourself receiving unwanted messages that seem like a phishing attempt or a scam, you can report the messages.

Read Next: Why Is MetroPCS Hotspot Not Working?

If you only want to block a few contacts, using the manual solution is best because it doesn’t introduce ads to your phone.

READ ALSO :  How to Remove Phone from MetroPCS Account (Metro by T-Mobile)?

However, the manual method doesn’t have as many features as a free app.

You could purchase a paid app to prevent ads, but for individual users who want to block people because of social reasons, the manual method is ideal.