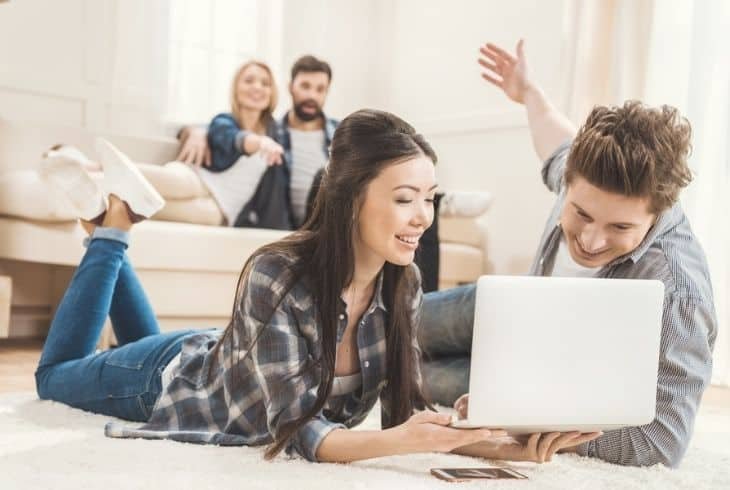 Perhaps you’re asking and wondering: can you have Comcast at two locations? Would it be possible to have services at two (2) separate addresses so that you won’t have any type of downtime on your Xfinity or Comcast subscriptions?

Worry not, because, in this guide, we’ll discuss this possibility with you!

In case you’re wondering if it would be possible to have Xfinity WiFi at two different locations, it is! You simply have to call in and inform the Comcast/Xfinity team of your plan, and you’ll be good to go!

A lot of people ask this, and it’s probably one of the most common inquiries and requests by Comcast/Xfinity customers, but before we discuss this, what reasons could you have to require a Comcast service at two locations?

Why Have 2 Comcast Internet Services at Home?

The reasons why people often do this vary, but oftentimes, the end result is always common – and that is to have the same level of reliability in many different parts of the house.

Some of the more common reasons why people look into the possibility of using two (2) Xfinity WiFi at a single location include:

Big houses are the usual and common clients and subscribers that ask for this. They often don’t receive the strength and consistency of the internet connection they need.

To avoid this, people tend to look into the option of getting services at two different locations in a single house. But, can you have Comcast at two addresses or two (2) modems in one (1) home?

Can You Have Comcast at Two Locations? -Complete Steps

If you’re one of the people who believe that the best way to savor and maximize internet connection is by getting two Comcast or Xfinity Wi-Fi connections at home, then don’t worry, because we will be detailing that!

Having Comcast at two different locations has never been restricted, but some companies find it a bit shady and peculiar why a single home or address would want to have two separate connections.

Nevertheless, here’s how you can use two modems in a single household!

The first step is to reach out to Comcast or Xfinity. You have various options in reaching them, and these include:

Step #2: Inform Them That There’s an Existing Connection

When you’ve successfully reached them, talk to them about your request of setting up an internet connection.

They’ll usually ask for your address for them to check if there is an existing connection already.

When they check and see that there is a current connection in the area, they’ll tell you that it’s not possible because there’s already an existing Comcast/Xfinity line.

So, what do you do when they tell you this? What do you tell them?

By far, the best and most effective answers that people give are the following:

Pick any one of these and you’ll surely be able to convince the Comcast/Xfinity representative and they’ll help you in setting up the separate connection.

NOTE: You can choose to rent or lease out a modem from them or purchase your own device or equipment for it.

Before ending your interaction with Xfinity or Comcast, ask for any type of reference number or confirmation of the transaction.

READ ALSO :  Comcast Activation Not Working? Learn How To Fix

This will serve as evidence that you were able to establish and set up a separate or a second internet connection in the same address.

Once you’re finished and finalized doing this, test the connection and see if it’s reliable enough to be used! You’ll now be able to use a separate Comcast internet connection at a single address!

Can You Use Your Own Modem for the Second Connection?

Yes, if you have the right and appropriate equipment, you can use your own modem for the second Xfinity or Comcast connection you want to use inside your home.

There isn’t an actual rule about it not being allowed; in fact, it’s something that can help you shave off some expenses because you wouldn’t be renting or leasing Xfinity’s equipment!

READ ALSO :  How To Reset Xfinity Modem in Easy Steps

To use your own modem, here’s the process you should follow:

Are There Alternatives to Using Comcast at Two (2) Locations at Home?

Instead of thinking about using two (2) Comcast internet modems in a single house, you can look into other options and alternatives instead.

If proximity and distance from the modem are the issues, then it can easily be solved by using a Wi-Fi extender.

Wi-Fi extenders broaden the original reach of the router, making the connection reach further spots of the house.

It’s like an extension of the modem or the gateway in case there are certain areas within the vicinity not properly reached by it.

Another thing you might want to consider is to reposition the gateway or the modem to a spot where it can appropriately reach even the far ends of the home.

For a house with two floors, the best spot would be on the second. Since signals transmit downward, the data that the modem releases will wave below it. You can also place it around three meters above the floor of the first.

It is possible to have Comcast or Xfinity services at two locations in a single house, and you shouldn’t worry about it! This inquiry is one of the most common and contacting the company about it would just be like a walk in the park.

READ ALSO :  How to Move My Xfinity Router to Another Room Easily?

Read Next: Comcast TV Guide Listings Not Showing? Know How to Fix!

Whether the reason why you want to have an additional Comcast modem in your single is that you have a landlord or if you just want to have a separate billing, you can easily go back to this guide to learn everything you need to know about it.

The next time you ask can you have Comcast at two locations, you don’t need to go and look for a tutorial elsewhere, this general guide will be all you need!